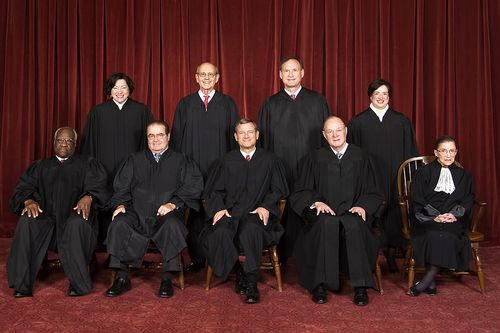 As expected, the ACLU and Lambda Legal have filed a petition asking the U.S. Supreme Court to take up the Sixth Circuit's anti-equality ruling that upheld gay marriage bans in Ohio, Michigan, Tennessee, and Kentucky.

We have reached a tipping point, and the lives of thousands of same-sex spouses and their families hang in the balance. The Sixth Circuit Court of Appeals’ ruling shines a spotlight on our divided country, where married same-sex couples are either respected or discriminated against, depending on where they live or even where they travel. As we have learned from other historic cases like Loving v. Virginia and Lawrence v. Texas, there comes a time when the U.S. Supreme Court weighs in, and provides the answer,–on the question of marriage for same-sex couples we believe that time has come.