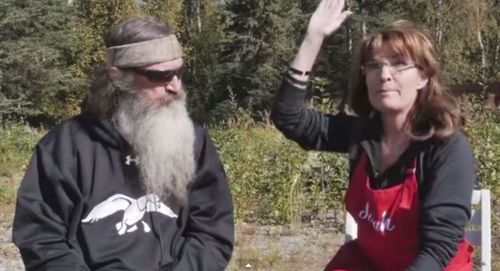 Palin and Robertson will attend a GOP unity rally for Cassidy on Saturday afternoon in Monroe, Cassidy's spokesman confirmed. The story was first reported by Politico.

It's not the first time Palin has palled around with the "Duck Dynasty" clan. Last year she spent time with the family in Monroe while she was on a book tour.

Landrieu won 42% of the vote in last week's election compared to Cassidy's 41%. State law requires a December runoff if no candidate gets more than 50% of the vote.