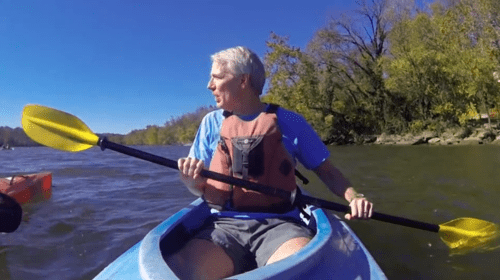 In a kayaking interview with Johnathan Karl for Politics Confidential, Senator Rob Portman (R-OH) spoke at length about his decision last year to come out in support of marriage equality after his son Will told him he was gay.

I've thought about it more deeply and thought about the fact that this is not a choice and that my son deserves to have the same happiness that Jane and I have had and the stability that comes with marriage. We want to encourage that as Republicans. It's a position I feel very comfortable with and I'm glad I made it.

Portman also discussed the reaction he's received from other parents of gay children, whether he thinks the GOP will evolve on the issue like he did, and his plans for 2016.

If video is not loading, you can watch here.