Responses from across America to a grand jury's decision not to indict Darren Wilson for killing Michael Brown.

Incredible video shows #Ferguson protesters on the steps of the Supreme Court.

Nevada lawmaker is forced from leadership position over incendiary remarks on minorities, gays: "[Speaker-elect of the Nevada State Assembly] called homosexuals a 'threat' to children. 'Male homosexuals are grossly disproportionate in child molestation cases,' he said"…Michael Dimengo, the head of the Gay and Lesbian Community Center of Southern Nevada, said he was glad Mr. Hansen was leaving the leadership role, but added: 'He is still absolutely influential. Some of his attitudes frighten me. They are blatantly misinformed and ignorant.'" 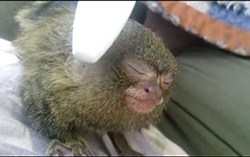 Colton Haynes has been spending a lot of time in the gym lately. No one complains.

Paul Rudd rocked some head-banging hair in the 80s.

In case you're in need of some cuteness today, watch as a baby pygmy marmoset gets a massage from a toothbrush. And loves it. 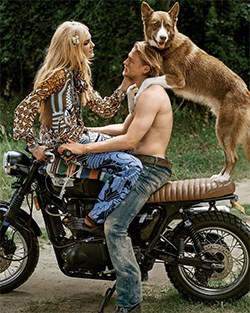 The Census Bureau still doesn't know how many same-sex couples there are in the US.

Adam Levine and Blake Shelton are still hopelessly bromantic for one another.

CDC releases new "at a glance" look at HIV in the United States: "More than 1.2 million people in the United States are living with HIV infection, and almost 1 in 7 (14%) are unaware of their infection. Gay, bisexual, and other men who have sex with men (MSMa), particularly young black/African American MSM, are most seriously affected by HIV. By race, blacks/African Americans face the most severe burden of HIV."

Bette Midler tells Ariana Grande to stop whoring it up: "Trust your talent. You don’t have to make a whore out of yourself to get ahead. You really don’t."