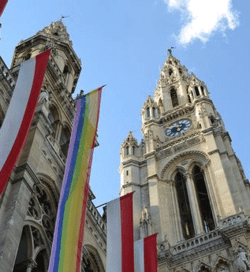 The two religious bodies have been embroiled in a legal battle for the better part of the past eight years over the rights to ownership of the Texas-based church’s land. Because Windwood has publicly expressed its desire to be disassociated with the greater Church, Presbyterian leaders are calling for Windwood to pay for access to the land its churches are built upon.

Windwood’s leadership asserts that it has legal right to the land without needing to compensate the church. Windwood, believing that it owns the disputed land, has been involved in an ongoing legal dispute with the Presbyterian Church.

“We have been involved in a lawsuit over the ownership of the property since 2008 and that suit is still in process,” explained Reverend Kevin Rudolph of the Windwood church.

At the heart of the spat over ownership to the land is a trust clause commonly associated with the financial handling of church property. The clause relating to the land Windwood is built upon states that “all property held by or for a particular church is held in truth nevertheless or the use and benefit of the Presbyterian Church (U.S.A.)”

"We do not believe that Highland Park's case has any direct effect on Windwood's litigation," said Cindy Pirtle, Woodland’s director of adult discipleship "Each church comes with its own set of circumstances and history.”