Studies focusing on injectible pre-exposure prophylaxis as a means of preventing the contraction of HIV is moving forward as researchers have seen higher rates of efficacy using certain drug combinations. Currently Truvada, produced by Gilead Sciences, is one of the only currently commercially available forms PrEP. The pill must be taken daily in order to be effective, and is actually a combination of the two antiretroviral drugs tenofovir and emtricitabine. 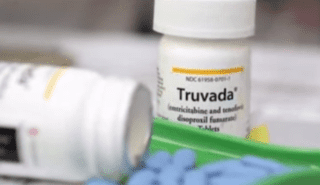 The results of testing trials presented earlier this year showed that the drug cabotegravir proved to be effective as remaining within the bloodstream and preventing HIV infection. Two doses of the drug, then known as GSK744LA, prevented all eight of the test subjects provided with doses from contracting HIV, while the control group not given the drug all became infected. Following the success of initial simian test groups, researchers are proceeding with human efficacy test trials.

The potential benefits to using integrase inhibitors like cabotegravir could be significant in the advancement of PrEP use. Unlike Truvada, cabotegavir proved to be effective being taken much less frequently.Opponents of Truvada often cite the need for a constant, regular dosage as a reason not to advertise he drug as the end all be all protection from HIV infection.  An 800mg dosage of the drug injected into the soft tissue remained in the bloodstream for up to 12 weeks, meaning that future iterations of PrEP would only need to be taken quarterly.

While cabotegavir has shown promise rilpivirine, another HIV drug being tested that has been shown to have much lower side effects in those taking it, was shown to have lost its efficacy after about 18-21 days.

Previous Post: « Ellen’s New Gardener Hopefuls Will Make A Grower Out of You: VIDEO
Next Post: Hall of Shame: The 25 Most Insane Homophobic Haters of the Month, Ranked »