A new study conducted by the NORC of the University of Chicago and the Wiliams Institute at the UCLA School of Law shows global acceptance of homosexuality increased over the last two decades in a release posted on the Williams Institute website. The results were released Nov. 7 in Washington D.C. during a meeting regarding LGBT rights, global stigma and economic growth. 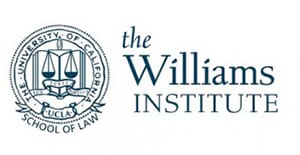 Around 90 percent of residents in the countries that were surveyed became more accepting of homosexuality over the span of 20 years. The study reviewed responses to 2000 survey questions asked in hundreds of surveys about general attitudes toward gays and lesbians between 1981 and the present. The Director of International Programs at the Williams Institute, Andrew Park, commented on the study.

"Available research on global public acceptance of lesbians and gay men is limited. This study shows a clear trend toward increasing acceptance across the globe."

Findings show that women are generally more accepting than men of gays and lesbians, and younger people below the age of 30 are more accepting of homosexuality than those that are 65 and older, and tend to remain supportive as they age.

With new, even harsher anti-gay laws proposed in Uganda, and transphobic attacks still occurring in the U.S. with limited hate crime law protections, serves as a reminder that attitudes may be changing, but the fight for civil rights and protections is far from over.

The complete report on the study is available on the Williams Institute website.

Previous Post: « Hawaii Supreme Court Will Hear Gay Marriage Appeal
Next Post: Michael Sam Sr.: ‘I Love My Son, And I Don’t Care What He Do’ »