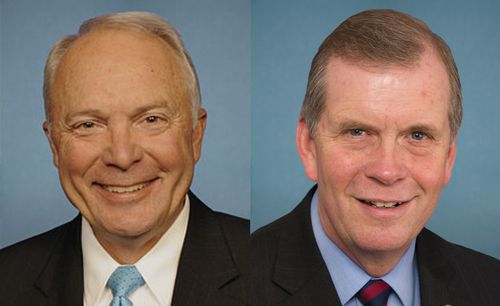 House Education and Workforce Committee Chair John Kline (above left), a Republican from Minnesota, and Rep. Tim Walberg, the Republican chair of the Subcommittee on Workforce Protections, made the request for a 60-day public comment period for the rule in a letter to the head of the office responsible for enforcing it.

“[W]e understand the public was not afforded an opportunity to submit comments as provided under the Administrative Procedures Act (APA),” Kline and Walberg wrote to Office of Federal Contract Compliance Programs Director Patricia Shiu. “Public comment is essential to all rulemakings.”

The rule, published in the Federal Register on Friday, was posted online on Wednesday, the day Kline and Walberg sent the letter. The rule was issued pursuant to an executive order issued by President Obama this summer. The order, which had been a goal for LGBT advocates since Obama’s election, amends an order signed by President Lyndon Johnson barring federal contractors from discriminating on race, color, religion, sex, or national origin.