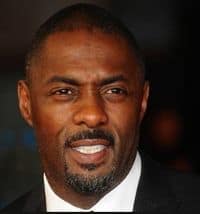 NYC Mayor Bill de Blasio has called for a suspension of protests in the city following the killing of two NYC police officers in Brooklyn on Saturday.

Could Idris Elba be the next James Bond?

Washington Blade's Chris Johnson looks back on the one year of progress since a federal judge in Utah ruled in favor of the freedom to marry – a ruling that kicked off an avalanche of equality across the nation.

Lady Gaga and Mariah Carey snap a selfie together for Christmas.

Joe Cocker, the gravelly-voiced singer best known for his cover of the Beatles' "with a Little Help From My Friends" passed away today from an undisclosed illness.

Florida county clerks who choose not to issue marriage licenses to same-sex couples on January 6 might find themselves on the way to the courthouse.

A court in Argentina has ruled that an orangutan who spend the past 20 years in a zoo can be granted some basic rights as a "non-human person".

Harry Styles and Kristen Wiig show off their dance moves at the SNL afterparty. 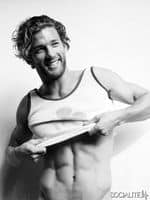 Sony is rumored to be mulling over whether to release The Interview online on Christmas Day.

Five moments from 2014 that were definitely a sign of the End Times for right-wing loonies. (Hint: one is gay rights victories)

Gilead, the pharmaceutical company that manufactures Truvada, had its shares plunge after the nation's largest manager of pharmacy benefits struck an exclusive deal with a rival drugmaker on hepatitis C medication.

North Korea is experiencing massive internet outages today, meaning its citizens will have to get their propaganda from some other info source.

Previous Post: « Cristiano Ronaldo’s Erection Has Now Been Immortalized in Bronze: VIDEO
Next Post: Towleroad Guide to the Tube #1676 »