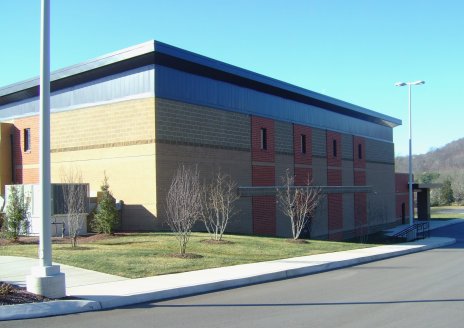 GracePointe Church in Franklin, Tennessee has joined the small but growing number of evangelical megachurches that have come out in support of marriage equality, TIME reports.

The church’s three year “listening process” on the issue began when country star Carrie Underwood, who attends GracePointe, spoke out in favor of marriage equality in 2012 – a move that led Westboro Baptist Church protesters to show up and picket outside GracePointe.

For congregants on all sides of the debate, the conversation over the past three years has been at times painful, even devastating. For [pastor Stan] Mitchell, it has been a deeply personal as well as a spiritual journey, especially as he has seen it divide friends and family. And on Sunday, Jan. 11, the church reached a conclusion, as Mitchell shared: 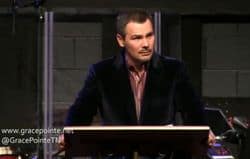 “Our position that these siblings of ours, other than heterosexual, our position that these our siblings cannot have the full privileges of membership, but only partial membership, has changed,” he said, as many in the congregation stood to their feet in applause, and other sat in silence. “Full privileges are extended now to you with the same expectations of faithfulness, sobriety, holiness, wholeness, fidelity, godliness, skill, and willingness. That is expected of all. Full membership means being able to serve in leadership and give all of your gifts and to receive all the sacraments; not only communion and baptism, but child dedication and marriage.” […]

GracePointe’s move is not without concrete consequences. January giving usually is about $100,000–so far this month the church has brought in an estimated $52,000. When GracePointe began the listening process in 2012, Sunday attendance averaged 800-1000. The Sunday he preached the inclusion sermon, attendance was 673, and two weeks later, it was down to 482. “It’s a gut punch,” Mitchell says. “I know a year from now, I’m going to feel a whole lot better, but right now it is just hard.”

For now, spiritual and Biblical convictions are pushing GracePointe and its pastor forward. Pastors are coming to him quietly and undercover from all over town, he says, to talk with him about how to have this conversion in their own evangelical churches. And, while a three-year conversation is ending, another one is just beginning. “Could you be a church in Selma and not march, just handle your own community?” Mitchell asks. “I don’t think I can do that. We are on the front edge of a movement that means so much.”

Watch Mitchell’s powerful sermon announcing the change, AFTER THE JUMP…

(start around 44:40 for the announcement)

Previous Post: « Sources Confirm Bruce Jenner is ‘Transitioning into a Woman’
Next Post: Stephen Fry Reveals What He’d Say If He Came Face to Face With God: VIDEO »