A gay couple in London, England say they were thrown out of an Uber cab for kissing and cuddling 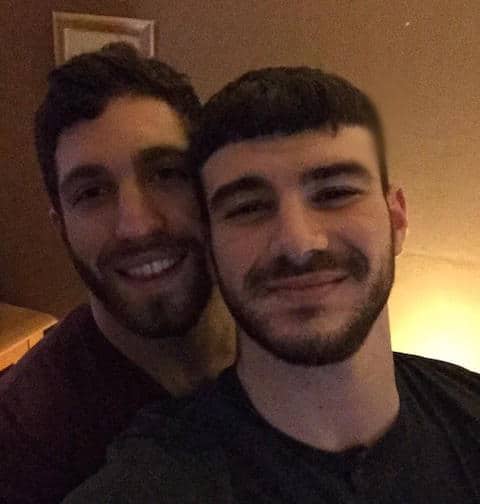 A gay couple in London, England say they were thrown out of an Uber cab for kissing and cuddling, reports ITV.com.

Jordan Sloan claims that on New Year’s Day, the cab driver “pulled over and told us to get out.”

After evicting Sloan and his partner Corey Watts, the driver allegedly said "I take gays but they don't normally do this."

"I've never had any homophobic stuff happen to me so I was caught off guard. You don't expect it to happen in one of the world's biggest cities. I wanted to understand what he was thinking so I asked the driver: 'Would you do the same thing if it was a guy and a girl?'"

In a statement, an Uber spokesperson said:

"We opened an investigation from the moment we learned of this unacceptable incident and have been in contact with the rider to extended our sincere apologies and get further information."

The couple were charged for their journey but later refunded.

The cab driver has been suspended while the incident is under investigation.

Although Watts has received mostly messages of support on Twitter, some of the feedback – including Uber driver @PhDCab - was less than enlightened.

@CoreyBlimey @KateEOSullivan @paudieaudi @Uber Your a moron & I have right to REFUSE my service to anyone without giving a reason!

Last April, an Uber drive in Paris, France was fired for refusing to pick up two gay customers.

Watch a video of Uber's San Francisco wedding celebration, AFTER THE JUMP…

Previous Post: « FIRST LOOK: Paul Rudd is the ‘Ant-Man’
Next Post: Jared Leto Shows Off His Fanny Pack In The Desert: PHOTO »