Early in this uncommonly moving debut novel—the last book I read in 2014, and one of the best—the young narrator, Peter Huang, goes to the movies with his adored older sister Adele. The theater plays old movies, and they watch Sabrina, the classic film starring Audrey Hepburn. Sitting with his beautiful sister, heartbroken that in a few weeks Adele will leave for college, Peter sees in Hepburn an impossible ideal, an embodiment of the kind of woman he feels sure he was meant to be. 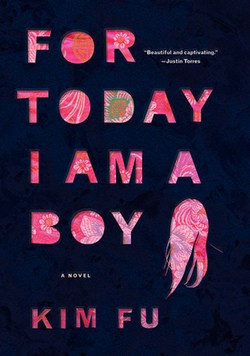 But everything in Peter’s life seems designed to keep him from anything like an authentic self. The child of Chinese immigrants in a small Canadian town, Peter is the only boy in a family of four children, the answer to his father’s prayers. Peter’s father is in some ways desperate to assimilate—he refuses to speak Cantonese and forbids his wife from cooking their native cuisine—but he has deeply traditional ideas about gender and the duties of children. He gives Peter the Chinese name Juan Chaun, “powerful king,” and expects him to act accordingly.

But Peter can’t be the son his father wants, and he lives for stolen moments when he can imagine himself into a different life. Alone in the afternoons after school, he puts on his mother’s apron and cleans the house, then cooks a meal his sister will take credit for. When his father discovers that his son has been doing “women’s work,” his response is immediate and cruel.

Peter does find allies in his small town, people he can begin to share his secrets with, but it isn’t until he moves to Montreal as a young man that he has his first glimpses of queer life. And even here he can’t let himself make use of his new freedom. Years after he leaves home, even after his father’s death, Peter is still ruled by his parents’ expectations. He feels not just shame at being trans, but absolute certainty that anything like a full life is impossible.

It’s not surprising, then, that Peter’s first sexual experiences are bound up with violence. In one of the book’s most powerful sequences, he enters into an abusive relationship with a much older woman, who stages scenes of sexual sadism and racist humiliation. In a devastating scene, this woman dresses Peter as a woman and then chokes him in front of a mirror, so that “I could watch my own blissful face white out slowly, glowing like an angel’s, until I passed out.” 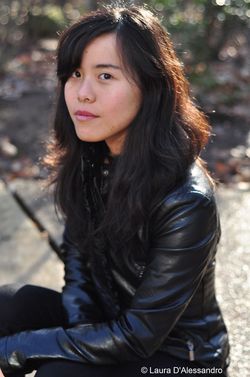 Structured in short, intense fragments and poetic scenes, Kim Fu’s novel follows Peter’s life over three decades, and one of its strengths is that Peter’s coming of age doesn’t fit into any easy narrative of liberation. Even when he does fall in with a group of young people who seem entirely comfortable with their queer identities, with rich lives and loving relationships, Peter’s response, at least at first, is to feel less relieved than enraged.

“Who were these kids?” Peter asks himself. “What right had they to be born into a world where they were taught to look endlessly into themselves…To ask themselves, and not be told, whether they were boys or girls?”

The novel doesn’t offer any easy answers to Peter’s questions, or to other questions he asks about family and gender and sex. It certainly resists any sense that there are ready-made answers to those questions, or that they can be resolved in anything other than individual, divergent, and partial ways.

In fact, the novel suggests, Peter’s best chance at happiness may not be in the urban queer community Montreal offers, but instead where he began, within his difficult, fractured family, and especially in his relationships with his three sisters, each of them desperate for a wholeness their lives seem to refuse them.

For Today I Am a Boy is an extraordinarily accomplished first novel, and Fu is a thrilling new voice. She’s at once compassionate toward her characters and uncompromising in her refusal of the usual novelistic resolutions of questions that remain intractable in lived experience. Lyrical, sometimes brutal, always beautiful, this is a brilliant book.

Garth Greenwell is the author of Mitko, which won the 2010 Miami University Press Novella Prize and was a finalist for the Edmund White Debut Fiction Award and a Lambda Award. His new novel, What Belongs to You, is forthcoming from Farrar, Straus and Giroux in September 2015. He lives in Iowa City, where he is an Arts Fellow at the University of Iowa Writers’ Workshop. Connect with him on Facebook and Twitter.