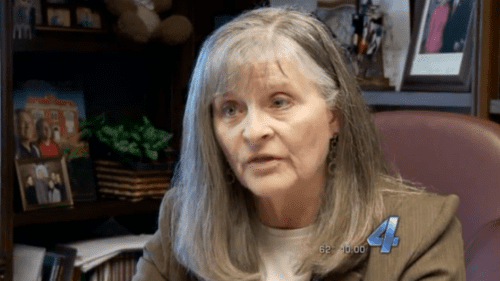 According to Republican Member of Oklahoma’s House of Representatives Sally Kern, she “doesn’t hate anybody.” Her claims are somewhat difficult to accept at face value, however, in light of the three discriminatory pieces of legislation that she pushed through the House last week. In addition to enabling discrimination against LGBT people based on religious grounds, Kern's bills enable the practice of reparative therapies and would literally defund gay marriages.

Under Kern’s proposed Preservation and Sovereignty of Marriage Act “no employee of [Oklahoma] and no employee of any local governmental entity shall officially recognize, grant or enforce a same-sex marriage license and continue to receive a salary, pension or other employee benefit at the expense of taxpayers of this state.”

The bill goes on to demand that Oklahoma’s state funds be withheld in the event that a court order were to mandate the issuance or recognition of same sex marriage licenses.

“The LGBT people want to limit someone’s freedom to come to understand something, because their mantra is ‘well you’re born gay and you can’t change’ and there’s no credible scientific research to prove that,” Kern said in an interview with local NBC affiliate KFOR. “If they want to live that way, let them, but see that’s not enough for them, right now. What they want is to force their lifestyle upon the rest of us,” she insisted.

All three bills are scheduled to be heard next week after the opening of the Oklahoma legislature.