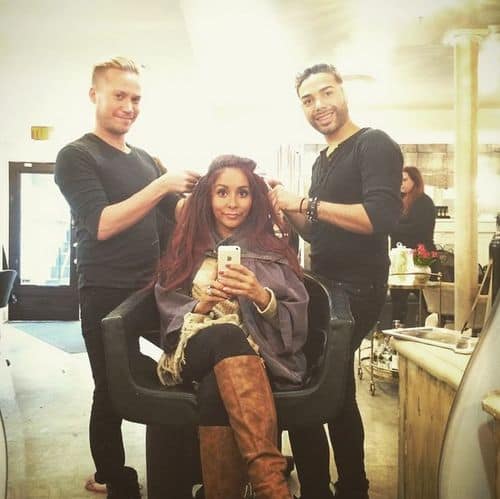 Pint-sized Jersey Shore star Nicole "Snooki" Polizzi announced on Twitter this week that she is now an ordained minister and will officiate the June 19 wedding of her hairstylists Bradly Moreland (above left) and Luis Miller (above right).

Hints Miller to Us of their upcoming ceremony: "It's going to be filled with love, happiness, surprises and excitement."

After tweeting the news to her seven million followers, Snooki was inundated with requests from fans to baptize their children or preside over their own gay weddings.

Snooki, who married Jionni LaValle in November and has a 2 year old son and 4 month old daughter, said in 2013 she prayed she would "have a gay little boy one day".