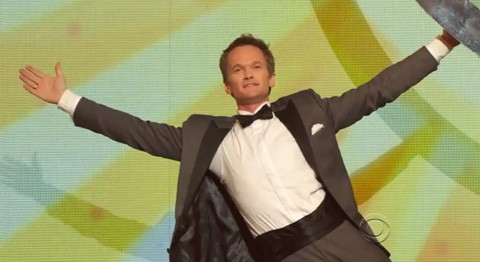 — Dancing With the Stars returns with celebrities including Glee's Amber Riley, Snooki and Nomi Malone herself, Elizabeth Berkley Lauren. See them cut a rug tonight at 8 p.m. Eastern on ABC.

— Ichabod Crane takes his hunt for the Headless Horseman into the 21st Century in Sleepy Hollow, premiering tonight at 9 p.m. on Fox.

— Gay Republican villain Colton Cumbie returns in the 27th season premiere of Survivor Wednesday at 8 p.m. on CBS. This season will feature returning castaways playing against their loved ones.

— Neil Patrick Harris returns to host the Emmy Awards for his second time on CBS Sunday, Sept. 22 at 8 p.m. Eastern.

Previous Post: « Greenwich Village Street to Be Renamed for Brave Gay Cop Who Came Out of the Closet in 1981
Next Post: Eagle Scout Steve Grand Jacks with His Massive Biceps: PHOTO »