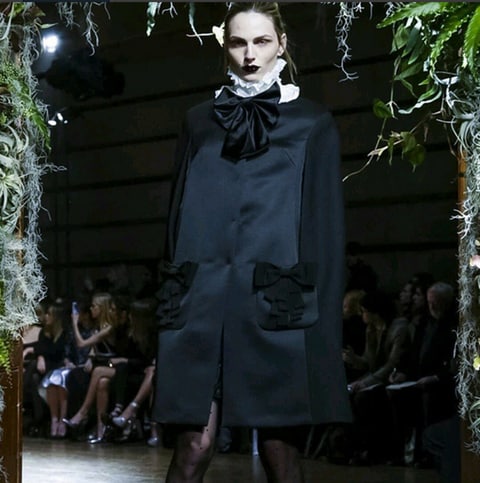 Andreja Pejic, who came out as transgender in July of 2014, appeared on the runway for fashion label Giles on Monday, marking Pejic's first appearance on a runway since her transition. Pejic first worked in the fashion industry as a male model and worried what the future would hold for her career-wise after her transition.

“I wasn’t sure going into this what would happen with my career,” she said in an interview in September. “There are agents that would tell me: ‘Don’t ever do it. Don’t transition. You’ll lose everything.’ ”

Pejic shared a photo of her strutting her stuff on the runway on her Instagram account: "It feels amazing to be making my runway debut for one of my favorite British designers #Giles Thank you to @kegrand and @guineapiggiles #thereturn #LFW."