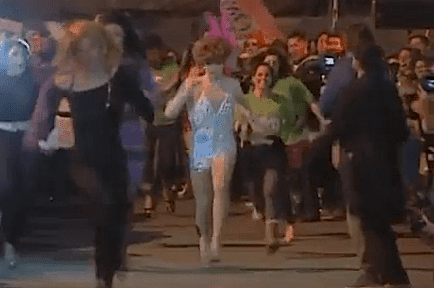 Jerusalem had its very first drag queen high heel race over the weekend. According to the website Mako.co, 35 people donned heels to participate in the 50 meter competition.

The race, which was put together by the gay organization Jerusalem Gay Cell, had been criticized by local religious groups who had previously tried to have the event banned.

Leshem Bosh, who helped organize the race, told Reuters why he thinks the race makes such an important social statement: "Jerusalem is the capital of Israel, our Congress. Its important that people of this city realize that there is a massive, major gay community as well.

The Jerusalem Post reports that the diverse participants included a drag queen named Lady Chocolate who is an Israeli soldier.

Watch a Reuters segment about the race, AFTER THE JUMP…