Spokesman for Asa Hutchinson says the Arkansas governor "will not change" his position on letting the bill banning local LGBT non-discrimination ordinances from becoming law.

Will the next Spider-Man be black or Latino?

This weather map pretty much sums up what we're all going through this month.

Longtime Legend of Zelda producer Eiji Aonuma addresses whether or not Tingle, the 35-year-old fairy loving map maker from the video game series, is gay.

The Daily Beast talks to actor Ross Marquand about his new role as one half of The Walking Dead's new same-sex couple Aaron and Eric. "We really did our best to create a backstory for these two men. It’s not expressly laid out in the comics how long they’ve known each other. Did they know each other before the apocalypse began? We wanted to think they did. We thought it was a stronger choice that they had known each other before everything went to hell. It’s a really endearing love story that way, that these two men had bonded beforehand and then stuck together and protected each other throughout this really difficult time in human history."

WATCH: Canadian MP blames tight underwear for leaving his seat during a vote on the floor.

See who slayed the red carpet at the Academy Awards last night. 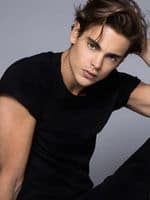 Wade MacLauchlan has been sworn in as Prince Edward Island's openly gay premier.

The murder of D.C. attorney David Messerschmitt in a downtown hotel is raising concern among LGBT activists for its similarity to a "pick-up" murder.

The Washington Post shows which European cities will be the most polluted by 2030.

Turns out the darling of the climate change denial scientists has been getting quite the handsome paycheck from oil and coal companies.

Previous Post: « Yes, Neil Patrick Harris Wore Padded Briefs At The Oscars: VIDEO
Next Post: Log Cabin Republicans Will Now Be Allowed To Participate In CPAC Alongside All the Anti-Gay Nuts »