Rick Perry is gearing up for a 2016 White House bid. 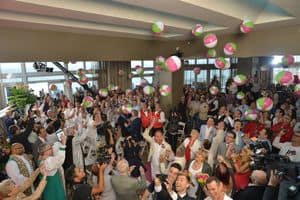 The Washington Post on why the Brian Williams helicopter scandal is an NBC News-wide scandal. "By all logic, NBC News would like to rest on Williams’s apology, ride out the media storm and, eventually, move ahead with things. Yet the fact that personnel aside from Williams knew that his statements on these events were erroneous should prompt an internal probe as to how these falsehoods circulated so freely."

Sony co-chairman Amy Pascal, who made headlines for racially charged leaked emails on Obama's movie preferences, has stepped down.

Bobby Brown's lawyer is disputing reports from TMZ and People that family members are gathering in the hospital to say goodbye to Bobbi Kristina Brown, who was found unconscious in her bathtub last week.

A resolution urging congress to place a statue of physicist, astronaut and champion of science Dr. Sally Ride in the Statuary Hall in the U.S. Capitol has been introduced.

Check out these new motion posters for season 3 of House of Cards.

Mitch McConnell thinks Ted Cruz's pledge to throw himself in front of a moving train to kill healthcare reform "has some merit to it".

Maria Walsh, the openly gay Rose of Tralee, is speaking out about her desire to get married in Ireland in an effort to help support the Yes campaign for the upcoming referendum on gay marriage.

Trans-inclusive health benefits are expensive and 10 other myths about transgender people.

The Guardian on why we need more gay dramas on television. "Gay television dramas need to be free to fail, and gay characters to be fully rounded human beings rather than walking issues. The only way to accomplish this is to keep creating them – not at a rate of one show per decade or one couple per show, but consistently, as a reflection of our visibility in real life."

Madonna just released the music video for her new single Living for Love on Snapchat.

Johnny Depp and Amber Heard have officially tied the knot. 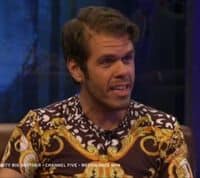 Perez Hilton, who was eliminated from Celebrity Big Brother this week, says producers begged him to stay on the show because he was bringing in high ratings for the UK show.

A new Associated Press poll finds Americans are slightly more likely to favor than oppose allowing gay and lesbian couples to legally marry, but most believe wedding-related businesses should be allowed to deny service to same-sex couples for religious reasons.

HRC joins in the call to remove Alabama Chief Justice Roy Moore from the state supreme court for violating the obligations of his office and calling on state officials to defy a federal court order legalizing gay marriage.

Previous Post: « 8 Cold Remedies That Scientifically Work: VIDEO
Next Post: The Trailer for the ‘Poltergeist’ Remake Is Heeeeeere!: VIDEO »