Wyoming's Senate has passed a bill that would ban discrimination in the workplace on the basis of sexual orientation and gender identity. The AP reports: 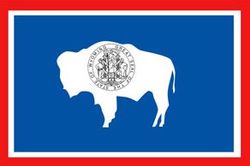 The Senate voted 24-to-6 on Tuesday to send the bill to the House.

The bill would add prohibitions against discrimination on the basis of sexual orientation and gender identity to a range of state laws that now prohibit discrimination based on other factors including race, age, disability and political affiliation.

The bill has exemptions for religious organizations.

Supporters of the bill say some gay and transgender Wyomingites have experienced discrimination, including being fired or physically assaulted.

Bill opponent Sen. Curt Meier, R-LaGrange, said on the Senate floor that he regarded the bill as a problem looking for a solution when one already exists in federal anti-discrimination laws.

La Grange also introduced an amendment that would have provided an additional exemption for businesses with fewer than 15 employees. That amendment failed, as The Casper Star-Tribune reports. Said Meier, “This is a feel-good bill, ‘I’m OK, you’re OK.’”

The bill, which was introduced with bipartisan support back in January, continued to receive support across party lines up until the final vote. Sen. Hank Coe, R-Cody, commented, “Times have changed. It’s 2015. We need to step up and we need to pass this bill.”

The bill now awaits approval in Wyoming's House of Representatives.