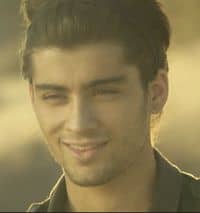 Zayn Malik has announced he will be leaving the One Direction tour to recuperate from "stress."

Why Utah's new LGBT non-discrimination law is no model for the nation. "The bill contains troubling exemptions for religious groups, allowing them to continue to discriminate in ways that would be impermissible in many other states and under federal law. In particular, the Utah law specifically exempts religiously affiliated nonprofits such as schools, hospitals, and social service organizations."

Liza Minnelli checks back into rehab for substance abuse.

First look at the X-rated parody of Guardians of the Galaxy featuring Star Load, Gamwhora, Rocket Raccooch, Crax, and Groin.

Katie Holmes and Tom Cruise reportedly hate each other.

Ricky Martin brings his hotness and rocks the stage at a private concert in Los Angeles.

Susan G. Komen founder Nancy G. Brinker pens op-ed over at The Advocate on supporting marriage equality. "My son Eric is gay, and just as it seems difficult to imagine a time when the phrase “breast cancer” was taboo, it is almost impossible for me to fathom that in 26 percent of this nation, civil marriage is still unavailable for same-sex couples. There is absolutely no reason why loving same-sex couples should be excluded from the fundamental right to marry the person they love."

An Arkansas judge is in the hospital this week after he was attacked by his family's pet zebra.

The Saint Mary's Cathedral in San Francisco has announced it will remove a controversial system that dumps water on sleeping homeless people. 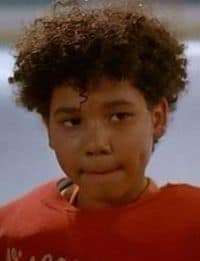 Did you know Empire star Jussie Smollett was once a Mighty Duck?

Health campaign group World Lung Foundation (WLF) has revealed the tobacco industry makes $7,000 for each of the more than 6 million people who die every year from smoking-related illness.

The Daily Beast columnist James Kirchick thinks the gays should leave Aaron Schock alone. "Gay men want Schock to be gay because, well, they want him. More importantly, they also want him to be gay because it would fit into a convenient narrative about gay conservatives: that they are all morally compromised, self-hating, untrustworthy sell-outs. What really angers the gay mob is that Schock is conservative. By trivializing a serious story of corruption with unfounded allegations of homosexuality, they demonstrate their inability to judge the real issues because they’re transfixed on minor ones."

Has Elton John already given up his #BoycottDolceGabbana campaign?

Contrary to what you may have heard, Rand Paul hasn't yet filed paperwork to be a 2016 candidate for the White House.

Drag magician Cashetta has passed away at the age of 44.

The Bay Area Reporter rips Equality California for its early endorsement of Hillary Clinton for president. "The endorsement harms EQCA more than it helps Clinton. It risks EQCA appearing to curry favor by obeisance; that it's sufficiently groveling earlier than others to get some attention. In the long run it's a weak strategy. Like HRC's 2011 backing of Obama, EQCA has taken itself out of the game before the election has officially started. It's given up what moral persuasion it might have had, to push Clinton to talk more about anti-trans violence, race relations, or any number of topics."