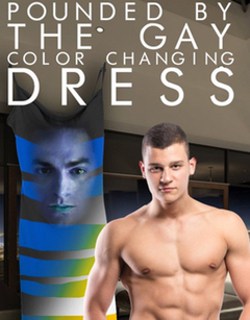 The Bank of Canada says that "Spocking" your bank notes is not illegal.

Can you guess which popular children's movie Jamal from Empire was in as a kid?

Mobile County, Alabama will now not allow gay or straight couples to get married.

Israeli Prime Minister Benjamin Netanyahu spoke to Congress yesterday. Considered a slap in the face to President Obama by some, Sarah Palin not surprisingly has a plan to use it to raise campaign money. 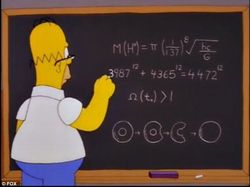 Did Homer Simpson solve the Higgs Boson years before scientists did? "The physicist/ author Dr. Simon Singh told the Independent he saw the solution for Higgs Boson a.k.a. 'God particle' mass on a blackboard in the 1998 episode 'The Wizard of Evergreen Terrace.' In it Homer tries to emulate Thomas Edison and becomes an inventor. Singh said, 'If you work it [the equation] out you get the mass of a Higgs boson that's only a bit larger than the nano-mass of a Higgs boson actually is.'"

Psychology Today will no longer accept paid advertisements from practitioners of ex-gay, conversion or reparative therapy.

Reuters on opposition to the newly passed marriage equality legislation in Slovenia: "Two center-right opposition parties and several civic groups fiercely opposed the changes, particularly giving same-sex couples the right to adopt children. The Civil Initiative for Family and Children's Rights, which opposes the changes, said on Wednesday it would push for a referendum on the law, which is similar to one rejected by Slovenians in a popular vote in 2012. It is unlikely to succeed because Slovenia changed its referendum legislation in 2013 and no longer allows plebiscites on human rights issues." 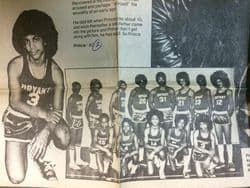 Prince was a baller in Jr. High.

Media campaign to fight anti-LGBT discrimination kicks off in Texas with former George W. Bush advisor at the helm.

Luke Evans will play Gaston in upcoming live action Beauty and the Beast opposite Emma Watson.

Hillary Clinton apparently used her own internet server in addition to her own email account while at State.