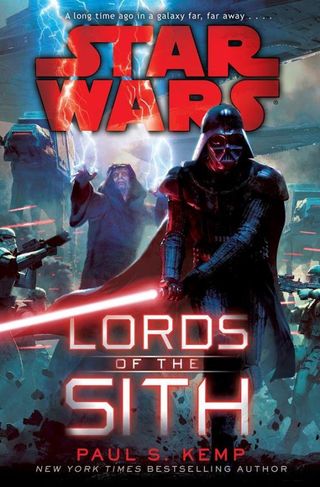 Long ago in a galaxy far, far away a young Imperial woman by the name of Moff Mors became the first canonical lesbian to be introduced into the Star Wars universe. Mors will be a central character featured in Star Wars: Lords of the Sith, an upcoming novel set within the broader Star Wars universe penned by Paul S. Kemp.

As Big Shiny Robot points out, Mors’s introduction into Star Wars lore, while momentous, might seem a bit underwhelming to hardcore fans familiar with the expanded universe.

Ziro the Hutt, a character introduced in Star Wars: The Clone Wars, and C3PO are commonly thought to have been implied to be gay based on their mannerisms. It should be pointed out that Hutts are hermaphroditic and reproduce sexually and C3PO, as best as anyone can tell, wasn’t designed with those protocols in mind. Mors, explained Del Rey publishing’s Star Wars editor Shelly Shapiro, will openly identify as a lesbian.

"This is certainly the first character in canon," Shapiro said. "But there was a gay Mandalorian couple, so it's not brand new.” She added:

“There's a lot of diversity–there should be diversity in "Star Wars." You have all these different species and it would be silly to not also recognize that there's a lot of diversity in humans. If there's any message at all, it's simply that "Star Wars" is as diverse (or more so because they have alien species) as humanity is in real life and we don't want to pretend it's not. It just felt perfectly natural."