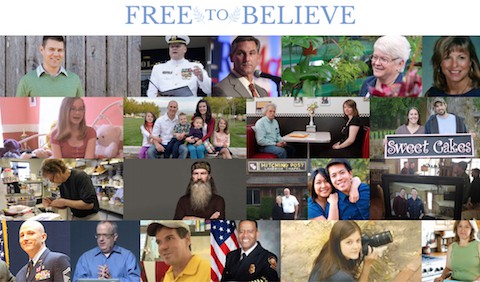 FreeToBelieve.com details the plight of put-upon Christians who are facing persecution for their ongoing campaign to vilify LGBT people.

Ignoring that LGBT people in all their shapes and sizes are citizens too, FRC claims:

“When Americans believe something, they back it up with their actions. Our core beliefs define who we are, and how we live. The freedom to believe and live according to those beliefs is the foundation for a civil society where people of differing beliefs can live and work together with mutual respect.”

Watch FRC's highly profitable and factually incorrect most recent diatribe against same-sex marriage, AFTER THE JUMP…

A petition has so far been signed by a whopping 139 people.