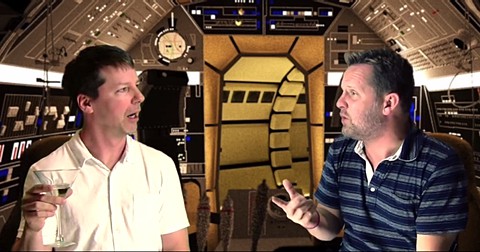 We're pretty sure this is not the upcoming trailer for Star Wars: The Force Awakens. We're also pretty sure that Empire's Cookie Lyon would never cross paths with Han Solo, except perhaps in The 'Empire' Strikes Back.

Except of course, in Sean Hayes's imagination. Are he and his husband Scott trying to edge George and Brad Takei out of the competition in the married gay web series space? Perhaps we'll see a collaboration in the near future.

And then this happened.