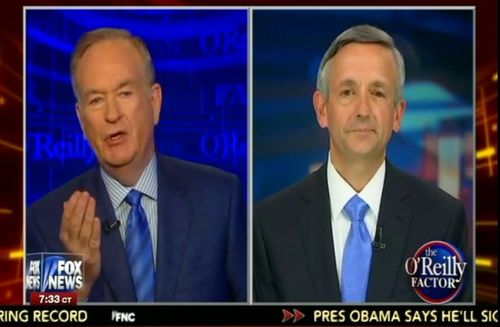 I believe that if the Supreme Court, as expected, enshrines gay marriage as a constitutional right, I believe it's truly going to be, to use your phrase, open season on Christians and those who believe in traditional marriage. Because once you make gay marriage a civil right, then anyone who opposes it is guilty of a civil rights violation and I think you're going to see government coming after churches like mine.

Jeffress has previously said Christians being forced to bake wedding cakes for same-sex couples is a sign of the Antichrist and and that gays are a sexual threat to children.