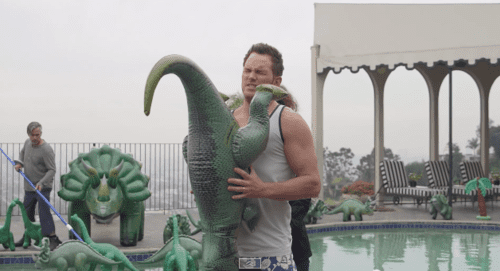 In case the warm weather wasn't proof enough, the latest round of editorial thirst traps are here to prove that summer is upon us. Earlier today we shared Matthew Lewis’s racy Attitude cover photos that caught J.K. Rowling’s eye and prompted the author to chastise the actor in a cheeky Twitter exchange. If you’re anything like us then your thirst is unquenchable. Thankfully Chris Pratt, by way of Entertainment Weekly is here to assist.

By now you’ve probably seen Pratt’s cover photo for ET’s upcoming “summer must list” issue that was clearly influenced by a few different factors. Pratt’s starring role undoubtedly landed him the cover spot, but the theme of the photoshoot bears the editorial touch of one Henry Goldblatt, EW’s openly gay, recently reinstated editor. Check out the similarities between this year’s cover (overseen by Goldblatt) and last year’s featuring Jessica Alba (overseen by EW’s former editor Matt Bean, a straight guy.)

Coincidence? Perhaps. In any case check out some behind the scene’s footage of Chris Pratt frolicking in a pool with inflatable dinosaurs AFTER THE JUMP… 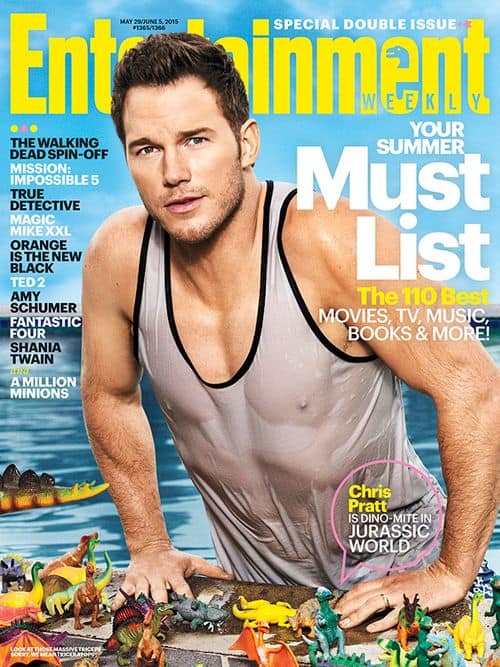