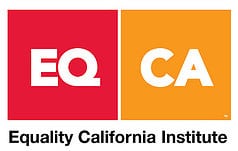 The Equality California Institute and the Transgender Law Center are teaming up to combat some of the prevalent misconceptions about the trans community through educational outreach. The two organizations are partnering with a number of LGBT rights organizations that have established roots and connections to California communities in an effort to introduce people to the concept of people who identify as gender nonconforming. According to the Transgender Law Center’s executive director Kris Hayashi, the initiative’s main goal is to match the trans community’s newfound public visibility with a higher degree of basic understanding.

“These past few years have seen a tremendous increase in visibility for the transgender community that hasn’t necessarily been matched by the rise in public understanding,” Hayashi explained. “Unfortunately, this gap in public understanding contributes to the lethal dangers faced by members of our community daily, from the epidemic levels of violence directed at transgender women of color to the recent string of bills attacking transgender youth and adults.”

While the public comings out of high-profile celebrities like Bruce Jenner may put trans people more on people’s radars in general, efforts to highlight the trans and genderqueer population living within a community can lead to healthier, more thoughtful community relationships. It’s of particular importance that attention be drawn to the fact that trans people are active, vital members of the communities they live in. Increased public awareness and familiarity, argued Equality California Institute executive director Rick Zbur, were crucial components to efforts aimed at curbing systemic violence against transpeople.

“We know that many people in California simply don’t know what it means to be transgender,” “This lack of familiarity is at the root of the anxiety many feel about transgender-inclusive policies, and our opponents waste no time manipulating and capitalizing on that fear.”