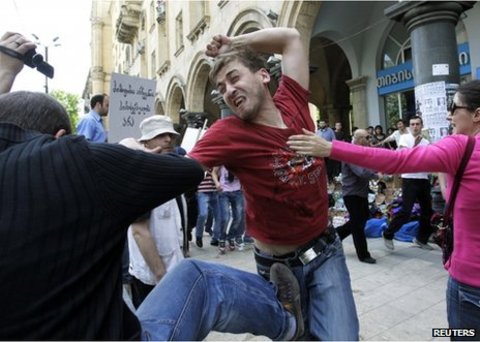 Georgian gay rights activists won a small victory after the European Court of Human Rights in Strasbourg ruled on May 12 that Georgian authorities must compensate gay-rights activists after they failed to protect them from assaults at a gay-pride event in May 2012 reports RFERL.org.

LGBT Tbilisi-based group Identoba and dozens of other activists are expect to receive between 1,500 and 4,000 euros ($1,675-$4,465) in compensation from the government. The ECHR also ruled that a violation of Article 3 occurred that prohibits individuals from enduring inhuman or degrading treatment in conjunction with a violation of Article 14 that bans outright discrimination.