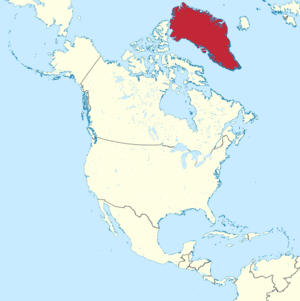 The Parliament of Greenland has today voted to approve same-sex marriage. Joe Jervis of Joe.My.God reports,

Google Translate has a bit of difficulty with Danish, but our resident international expert, JMG reader Luis, advises us that Greenland's Parliament has just voted unanimously to adopt Danish laws legalizing same-sex marriage… Greenland is an autonomous country within the kingdom of Denmark and is not a member of the United Nations. More than three times the size of Texas, Greenland has a population of about 57,000.

In 1996 Greenland adopted Denmark’s domestic partnership laws. However, when Denmark upgraded to marriage equality in 2012, Greenland did not go along. In February it was announced that a bill to do so would be brought this spring.

The bill which passed today also gives adoption rights and will go into effect on October 1, 2015.

UPDATE: An earlier report published here stated that same-sex adoption was also legalized. Conflicting reports have surfaced and the point cannot yet be clarified. Developing…