Mariah Carey calls her time as feuding American Idol judge the "worst experience of my life." 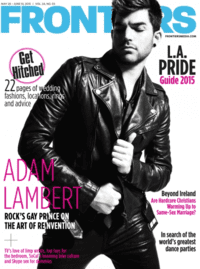 Adam Lambert covers Frontiers magazine, says he's ready to take his career to the next level.

You may want to put away your XBOX now that Ted Cruz has revealed he's a secret video game addict. "At the moment, Cruz is playing “Plants vs. Zombies,” a game where users collect sunlight points to feed plants who fight off waves of zombies; “Candy Crush,” the puzzle game where he claims he’s in the 217th level; and “The Creeps!,” a tower defense game. His video game addiction is so severe, Cruz says, he has to proactively deny himself the ability to spend time on it."

Neil Patrick Harris to guest judge on America's Got Talent this summer.

Ed Sheeran is relieved to discover his wax figure has a bulge.

BBC defends upcoming 'Hunger Games' style reality show pitting unemployed and low-paid workers against each other for a cash prize. 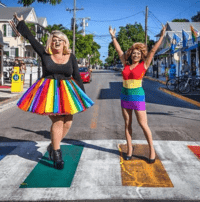 U.S. continues to thaw its icy relationship with Cuba by taking the island off its list of state sponsors of terrorism.

Iowa State Rep. Greg heartsill doesn't know what LGBTQ stands for but knows he's against it.

Going to be in NYC this weekend? Don't miss Manhattanhenge, the moment when the sunset aligns with the street grid in Manhattan.