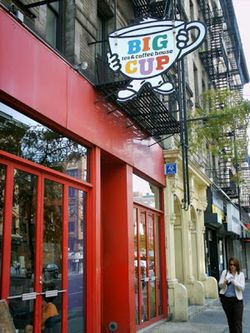 Laverne Cox on Caitlyn Jenner's 'coming out' and what she hopes it will mean for the trans community: "Most trans folks don’t have the privileges Caitlyn and I have now have. It is those trans folks we must continue to lift up, get them access to healthcare, jobs, housing, safe streets, safe schools and homes for our young people. We must lift up the stories of those most at risk, statistically trans people of color who are poor and working class. I have hoped over the past few years that the incredible love I have received from the public can translate to the lives of all trans folks. Trans folks of all races, gender expressions, ability, sexual orientations, classes, immigration status, employment status, transition status, genital status etc.. I hope, as I know Caitlyn does, that the love she is receiving can translate into changing hearts and minds about who all trans people are as well as shifting public policies to fully support the lives and well being of all of us. The struggle continues…"

Netflix reassures customers that it will not be adding ads to its streaming content.

Kenneth in the 212 provides a photo-essay on the death of Chelsea's 8th Avenue at the hands of gentrification.

Senate passes the "USA Freedom Act", a surveillance reform bill lauded by the ACLU and fought by Sen. Rand Paul. 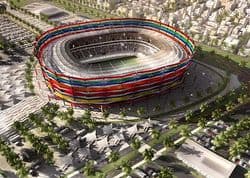 FIFA President Sepp Blatter resigns only days after re-election amidst growing investigation into the organization's corruption and wrong-doing.

Meanwhile, it is unclear whether anti-gay Qatar will be able to hold on to the 2022 World Cup: "Insiders say the leaders of Qatar’s 2022 Supreme Committee (or local organizing committee) have now been told not to set foot on U.S. soil for fear of being arrested by the FBI in its investigation into allegations that FIFA officials turned football into a “criminal enterprise” and presided over a “World Cup of fraud.”

Scott Eastwood gets shirtless and wet. 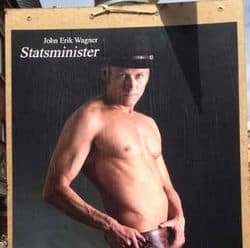 Candidate for Danish Prime Minister wants the world to know he is proud of his penis.

Cambodia's LGBT community finds its voice with Q Magazine: "I'm trying to reach as many people in the community as I can but getting people to talk openly turned out to be a lot more difficult that I'd imagine," said [Sorel] Thongvan [editor-in-chief of the magazine] 55. "Even those who seemed to live their sexuality openly backed out of interviews as soon as I told them that their name and picture will be printed along with the interviews."

Sofia Coppola will not direct live-action version of The Little Mermaid as previously announced.

A new report from the AP says the FBI is responsible for a "mysterious fleet of aircraft conducting surveillance over US cities." Uh, what?

Fox News' Megyn Kelly is set to interview the Duggars but won't cross-examine them.