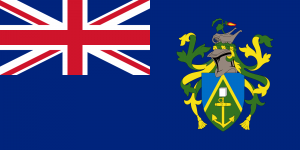 In a small but symbolic victory for marriage equality worldwide, the Pitcairn Islands have passed a new law that explicitly legalizes gay marriage. The island nation is a British colony in the southern Pacific Ocean and it is the world’s least populous national jurisdiction.

Read the new law in detail, full text embedded below: