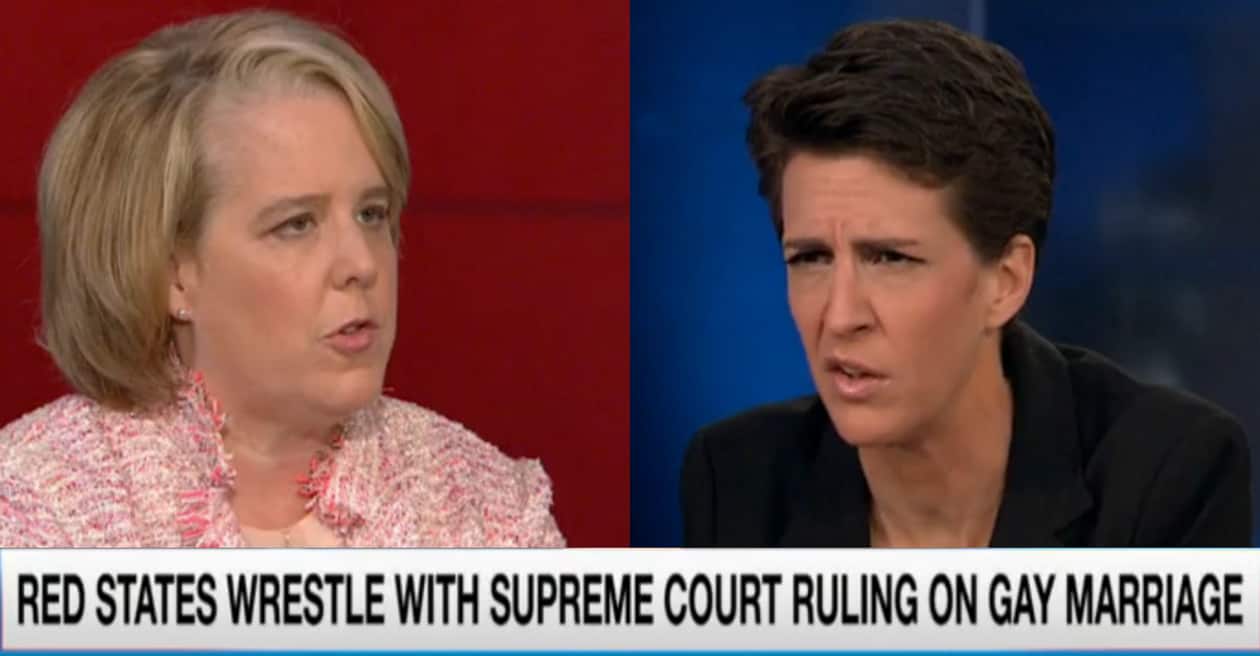 Earlier, we told you about Alabama Chief Justice Roy Moore’s resistance to enforcing the ruling from the Supreme Court legalizing same-sex marriage nationwide. Last night, Rachel Maddow also dug into the ‘legal knots’ Alabama has entangled itself in over same-sex marriage. But as Maddow points out, Alabama is not the only state that is trying to fight back against the SCOTUS decision.

To understand where things stand in states resisting the high court’s ruling, Rachel talked to Roberta Kaplan who successfully argued the case that gutted the Defense of Marriage Act (DOMA) in 2013.

“We have some people mad about marriage…There is no legal ambiguity. It’s very clear. I don’t think there’s going to be much of a battle. We’ve seen even before there was a clear Supreme Court decision, in states where there was marriage, states like North Carolina et cetera, there’s usually one county, two counties and a bunch more and then every county caught up. And I think we’re going to see the exact same thing in Mississippi, in Texas, in Louisiana, and hopefully even in Alabama.”

Kaplan and Maddow also talked about how exactly marriage equality advances at this point in places where there’s political resistance and what the timeline looks like.