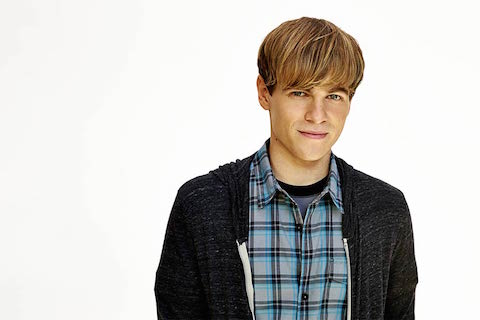 In the criminal justice system on television, some portrayals of LGBT people are considered particularly heinous.

One exception, however, is TNT’s Major Crimes, a spin-off of the beloved series The Closer, created by openly gay writer James Duff. Major Crimes kicks off its fourth season tonight at 9 p.m. Eastern, and features the character Rusty Beck, portrayed by Graham Patrick Martin. Rusty made his debut in the series finale of The Closer and has been a central element of Major Crimes since its debut, acting as one of the principle narrative threads connecting the episodes. He’s been a homeless teen, the child of an addict, the witness to a murder and one of the most three-dimensional gay characters on television.

Ahead of tonight’s premiere, we spoke with Martin about the role and what’s ahead for Rusty in season four.

Towleroad: You joined this project during the series finale of The Closer. When you were first introduced to this character, what really interested you about Rusty?

Graham Patrick Martin: What’s great about this show, not to knock on other procedural shows, but what this show does‚ and The Closer did and now Major Crimes‚ is James Duff and the rest of the writing staff really writes these full characters, like even the people down to the one liners. It just feels like they have a full life, and that’s what I loved about Rusty going into it.

TR: What surprised you most about how the character developed over the years?

GM: What I really love about it is that Major Crimes has taken great care in writing and developing Rusty as a multi-faceted character where the emphasis is just as much on his humanity as it is on his sexual identity. They haven’t really short-changed or accelerated his story for purposes of effect or purposes of making the show more interesting. They’ve really sort of authentically allowed this character to grow into the man he’s becoming. He’s not quite there yet, but he’s on his way. It’s really fascinating because the story’s really unique in the sense that Rusty sold himself on the streets at the age of 15 years old. At that age, you know, James and I both talk a lot about this, sex is not, in that specific circumstance, sex is not an act of love; it’s an act of violence, really. That was really his first introduction into sex. So, sort of watching Rusty develop, watching Rusty now sort of assimilate himself into normal life has really been interesting, because it’s challenging, his introduction into his sexuality, viewing it as kind of a bad thing. When Rusty first came out to everyone, it was very hard for him because the only gay people he knew were bad people. It was kind of this shame he felt and this fear that there was something wrong with him that he couldn’t fix. He even says that at the end of, I believe, the end of season two. He said, “I can’t fix it, I can’t fix it.” So, watching him sort of come to terms with that and sort of really — with the help of the love and support of Captain Raydor, who’s his adopted mother, and the rest of theMajor Crimes team, really, with their support — come to terms with who he is and accepting it and really thriving in it has been the most interesting part of playing this character, I think. 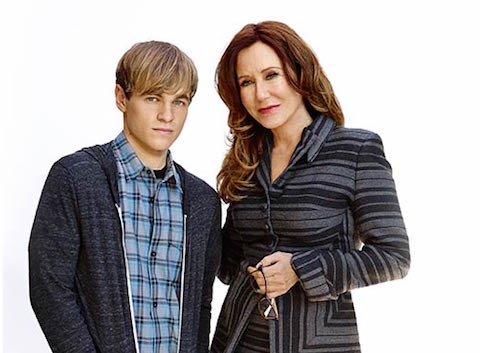 TR: The show is wildly popular. People love this show. Lots of them. Tell me about the reaction to Rusty that you’ve seen over the years.

GM: It’s so crazy every time. I live in Los Angeles, and people in LA are kind of too cool to approach you, so I don’t get approached that much in LA. But, if I do, like last night, my girlfriend and I were out to dinner, and some guy just walked by and was like, “You do good work.” And that was it. That’s like the most I get here. But I always say the second I pass the TSA checkpoint at LAX, when I leave LA, it’s like everybody in the world comes up to me. I get a wide range of reactions, specifically older women pinching my cheeks and viewing me like a son. They care so much about me, because they’ve been through a lot with me. They’ve been watching Rusty go through so much that they view me like a child to them. Then I’ve had other people send me messages on the Internet, because I read a lot of what fans write in. People have sent me messages and other cast-members messages and the writers messages saying like, “Hey, thank you so much for writing this Rusty character, because this is my story‚” or “This is my son’s story‚” or “This is my brother’s story,” and to see it being told just means a lot to people. I have one guy who just wrote me this really long message just saying, “Hey, Graham, I don’t want anything back from you. I don’t want a response from you. I don’t want you to send me a signed picture. I just want to tell you thank you, because Rusty’s story is my story, and seeing it told authentically is something that I’ve never witnessed before and means a lot to me.” The response that I get from people is a lot of gratitude. A lot of gratitude for this character, a lot of gratitude for being written and portrayed as sort of a real story and not so much a stereotype.

TR: In terms of your own understanding or exposure to these stories from the LGBT community, how has playing this role affected you personally?

GM: I mean, it’s definitely changed me a lot. I’m a straight guy. I have a girlfriend and this is a sort of world I’ve never really had a personal connection to. I’ve had a lot of gay friends, I’ve had gay family members, but this personal connection is something that I didn’t have before. I’ve really learned a lot. Specifically, I remember the episode where Rusty comes out to the squad. I got that script and I was like, “OK, I can play with this. I know Rusty well. This will be fine.” But I sort of realized I don’t know what it’s like to have to tell people a part of who I am and risk losing their love or their support or their friendship for it. I didn’t know what that’s like. That’s something that I, Graham, have never experienced, and I couldn’t fake. Because I’ve never experienced anything near that. I can’t imagine, for example, having to tell people that my hair is blonde‚ something that’s just a part of who I am, and that potentially meaning that I could lose those relationships or be judged for it or be rejected or disowned for it. I didn’t know what that was like, so I spoke to Phillip Keene, who is a castmate of mine, and asked him to lunch one day the week of shooting. I just asked him, “Hey man, if it’s ok with you sharing, what was your experience like?” I’m not going to get into it, because it’s personal for him, but hearing his side of it and really getting that personal connection to this experience that I have never had to go through, and I can’t imagine or fake going through, hearing that personal experience from him was really eye-opening and really powerful. I feel like we bonded, and I really sort of learned something new and was able to, I think, more authentically capture what that experience would be like. 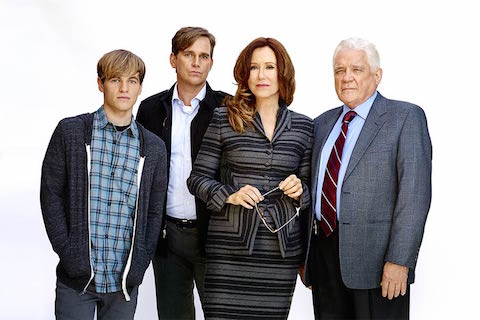 TR: What are you most excited for viewers to see from Rusty in this upcoming season?

GM: I’m really excited, because Rusty has this whole new storyline that’s unlike anything from previous seasons. It’s his first year of college and he’s really embraced journalism. Through this newfound passion, he’s taken the challenge to identify a teenage murder victim from last season who is a Jane Doe. She died last season, and her identity is not known. Rusty really takes it upon himself to start this vlog, this investigative vlog where he tries to find the identity of this girl who died a year ago without an identity. He can relate a lot to her, because she was a homeless teen, just like himself. In trying to locate her name, he’s also trying to locate himself, and trying to, I guess, sort of save her, save her identity in any way he can. I’m really excited about that. It’s a really awesome storyline. Also, I’m excited, I can’t give away too much, because we’re shooting these episodes right now, but Rusty’s first sort of real, I guess I’ll call it “an opportunity for a love interest.” That’s what I’ll call it as of now, because that’s something that’s really complex. As I’ve talked about before, Rusty’s experience with sex is not necessarily a positive one at all. We’re sort of getting to this place where he’s inching toward the idea of maybe, possible dating, and sort of the challenges that that brings. I’m excited for both of those.

Are you watching Major Crimes tonight?