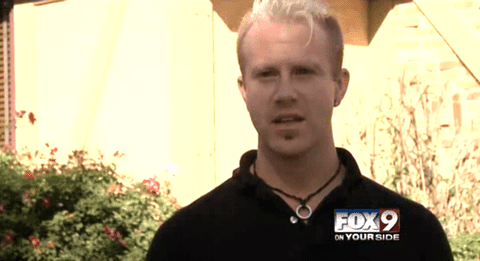 A gay Idaho waiter found an unwanted piece of advice attached to his tip after a middle-aged couple left him a 20 percent tip along with a religious pamphlet preaching salvation reports Scripps Media. 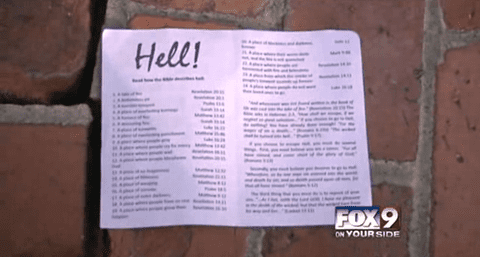 Marie Callender’s waiter Britton Weaver said the couple he was serving was nothing but polite and courteous during the duration of their meal. However, after Weaver dropped off the bill he returned to find a religious pamphlet attached to the bill:

“They signed their receipt not as their first or last name, they signed it as ‘straight.’

“It was probably to save my soul. Go change your ways, God will forgive you. That is what the pamphlet says.” 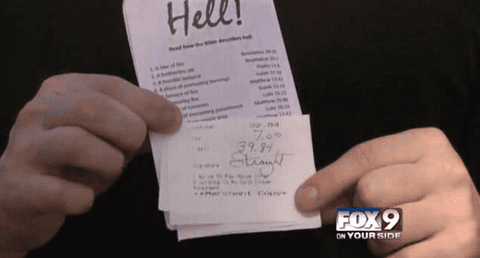 Weaver says his coworkers were more offended about the bill than he was after he showed it to his manager:

“A couple of them were actually more upset than I was. I’ve dealt with it my whole life. I just take it as it is.”