Our friend, Susie Bright, weighed in on the just released Paris terrorist manifesto on her Facebook page. A best-selling author and the country’s preeminent feminist sex writer, Susie is one of the worlds most respected voices on sexual politics, as well as an award-winning author, activist, editor.  In light of the significant role of sexuality in the short document, Susie’s lifelong body of work make hers an interesting voice to check in with. All opinions expressed are those of the author. 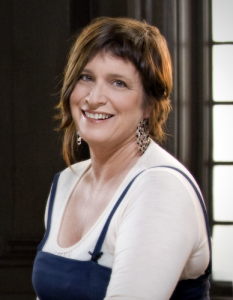 Voila, the “manifesto” of the Paris suicide bombers, in their own words (see below).

Their obsession with sexual revenge, the revenge of the sexually rejected, is intense : They referred to the Bataclan nightclub as a place where where hundreds of “apostates” had gathered in a “profligate prostitution party” — that means a rock concert.

Bohemian Paris is on top of ISIS’ target list because it is the country of “obscenity and perversity.” Again, it’s Paris’ mythic reputation for the libertine, for free sexual exchange, for romance and unashamed ecstasy.

This “faith army,” this death cult built on sexual repression masked as religious purity– has a detailed manual about how to run a sex-slave market of their war captives, including rules of inheritance. Essentially, you can’t be a soldier in their army unless you buy into the faith that beautiful women everywhere are taunting and rejecting you, but you will teach them all a lesson by enslaving and raping them all day long — same with young boys. Everything “depraved” is holy when you’re inflicting it upon a slave — makes perfect sense, right?

Meanwhile, you monitor all the women’s menstrual cycles and the puberty of the young boys and girls in your slave pen so you can be sure to rape the right person on the most advantageous day, repeatedly shouting God’s name when you come.