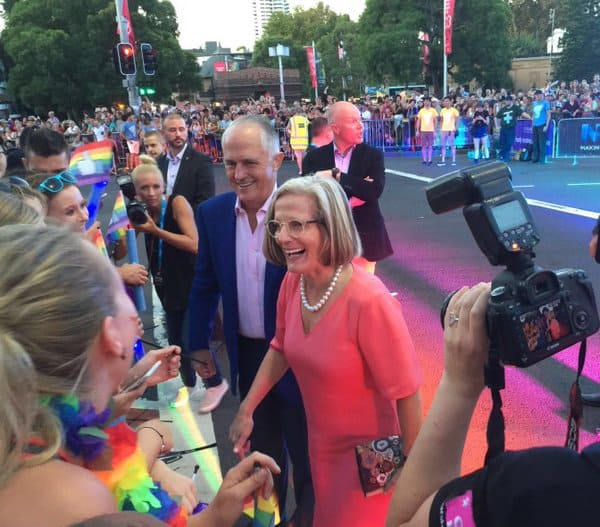 Australian Prime Minister Malcolm Turnbull is making headlines after failing to endorse a statement made by Attorney General George Brandis this morning that a plebiscite on same-sex marriage will be held before the end of the year, Sky News reports:

Senator Brandis said he expected the Turnbull government to legislate the result of the marriage plebiscite before the end of 2016 if the Coalition government is re-elected.

‘The bill to constitute the plebiscite will be introduced early in the life of the parliament… in the event that there would be a yes vote the government would legislate to give effect to the wishes of the people,’ Senator Brandis told Sky News on Sunday.

Mr Turnbull’s office, however, distanced itself from Brandis’ comments that a plebiscite would be held by the end of the year. A spokeswoman for Mr Turnbull said only that the government was committed to holding the plebiscite “as soon after the election as can be done”.

Labor leader Bill Shorten said the comments showed the government’s “chaos and division” had reached new heights. “This is a new land speed record for a broken promise – made over breakfast and gone before dinner,” he said.

The Australian Electoral Commission last year warned a public vote on same-sex marriage should not be rushed. And if an election is held in October, as Mr Turnbull has suggested in previous statements, it is difficult to see how Senator Brandis’ timetable could be met.