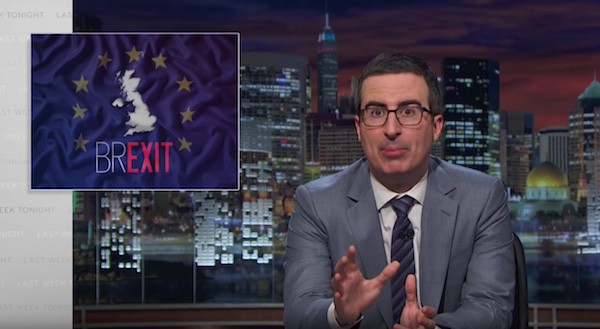 John Oliver took a look last night at Brexit, which is the name for the debate on whether Britain should leave the 28-state European Union. It’s a debate that reached a violent climax last week when British Labour Party MP Jo Cox, who was campaigning for Britain to remain in the EU, was stabbed and shot by a Brexit supporter who reportedly yelled “Britain First.”

Says Oliver: “Brexit doesn’t sound scary. It just sounds like a shi**y granola bar you buy at the airport.”

“Here is how I feel about the EU: it’s a complicated, bureaucratic, ambitious, overbearing, inspirational, and consistently irritating institution, and Britain would be absolutely crazy to leave it especially because, if it stays, it can reap all the benefits while still being a total dick about everything. And that’s the British way. So to the people of the UK, I say this. If you need your hatred of the EU itch scratched, I understand. But please, don’t vote for a Brexit on Thursday. I have a better solution.”

And it’s a musical one… 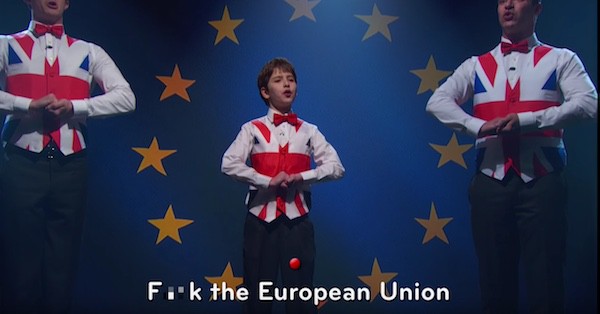