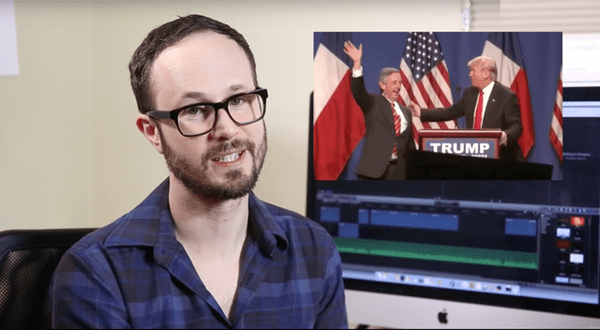 When Donald Trump told his supporters to “Ask the gays” about how much better he would be for the LGBT community than Hillary Clinton, he ignited a Twitter firestorm he likely didn’t see coming.

But what are we to make of Trump’s frequent protestations that he is a friend to “the gays” when we also know that his real friends are people like Phyllis Schlafy, Jerry Falwell Jr., and Robert Jeffress? Matt Baume explores this question and shows what a friend to ‘the gays’ really looks like. Hint: a lot like Elizabeth Taylor. And as Baume says to Trump, “You, sir, are no Elizabeth Taylor.”