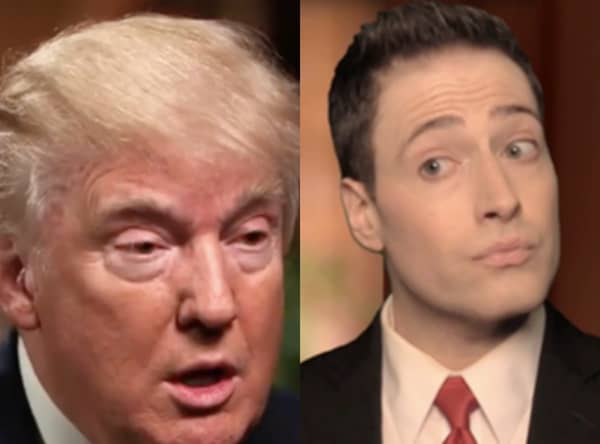 Political journalist Randy Rainbow scored another interview with Republican presidential nominee Donald Trump. Ever attuned to the fixations and fascinations of the political chattering class, Randy focused on national security in his interview, and asked Donald what everyone is dying to know:

“[Donald,] People magazine is calling you and Vladimir Putin the hottest celebrity couple of the summer. Are you guys dating and when did the relationship start?”

At first Don tried to play it coy but Randy knew what was up. “Oh you definitely like him,” he told Trump with a smirk.

PREVIOUSLY: Randy Rainbow to Donald Trump: ‘Are You Made of Cheese?’ – WATCH

Find out what the two love birds plan to do with Ukraine, below.