TRUMP ACCUSER. Jane Doe who accused Trump of raping her when she was 13 calls off news conference because of threats: “In the most recent suit, Trump’s accuser asserts that while she was exploring a modeling career in 1994, she attended a series of parties at the Manhattan home of prominent investor Jeffrey Epstein. She alleges that during those parties the real estate mogul raped her on several occasions, including one instance in which she says Trump tied her to a bed. Attorney and legal commentator Lisa Bloom announced earlier Wednesday that the woman would appear at Bloom’s Woodland Hills law office at 3 p.m. local time and apparently give up the “Jane Doe” pseudonym used in her recent suits.”

"We're going to have to reschedule. I apologize to all of you who came. I have nothing further." @LisaBloom press conference is off.

My view of the press conference where the woman who says Trump raped her at 13 was scheduled to speak for the first time before canceling pic.twitter.com/R1fHMnLjn4 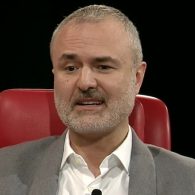 GAWKER. Nick Denton settles lawsuit with former professional wrestler Hulk Hogan for $31M. Hogan’s lawsuit was funded by homocon billionaire Peter Thiel: “After four years of litigation funded by a billionaire with a grudge going back even further, a settlement has been reached,” Denton said today in a online statement with “A hard peace” as its title. “The saga is over.”

RIDE SHARING. Pamela Anderson stars in anti-uber/Lyft PSA: “The message of Pam’s PSA is to warn people about the danger of getting into a vehicle with a random stranger that popped up on an app on your phone.”

SKINTIMATE. Jake Gyllenhaal talks about getting naked with Tom Ford. 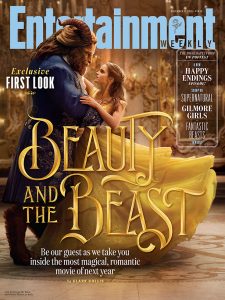 TALE AS OLD AS TIME. Disney releases first images from its live action Beauty and the Beast remake.

WORD BUBBLES DON’T LIE. Donald Trump and Hillary Clinton summed up by how voters describe them.

DADDY LESSONS? Is Beyoncé going to be performing tonight at the Country Music Awards? “Sources at iHeartRadio have seemingly confirmed that Beyonce is going to perform, though the CMAs have not made anything official.”

Previous Post: « The Funniest News Bloopers from October 2016 Are Here – WATCH
Next Post: The Cubs First World Series Win in 108 Years Changed Everything for Chicago »