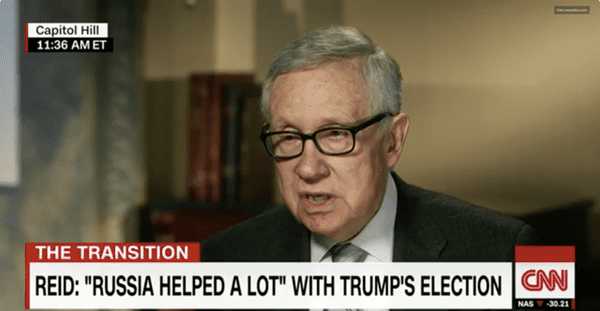 Speaking with CNN, Reid said of Comey’s actions in the lead-up to election day, “It’s obvious he was a partisan in all this.”

“There’s information out there. He had it, I’m confident. And he ignored it.” […]

“I am saying the FBI did nothing — did nothing. All the information that we’ve heard in the last couple weeks, it was available to the FBI. He just ignored it. He did not make it public. We asked him to more than once and he didn’t do it,” Reid said. […]

“Had he not written that letter a week or so before the election, she would have won; we would have picked up at least two more Senate seats,” he said.

Reid also accused WikiLeaks of “coordinating […] with the Trump folks and the Russians.”