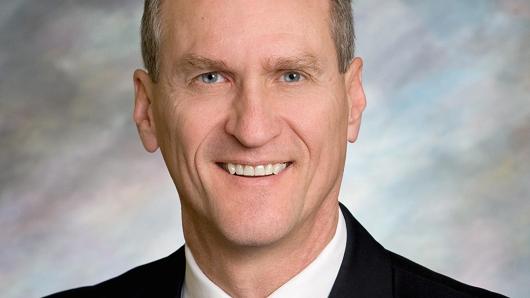 South Dakota’s Governor Dennis Daugaard has signed the first anti-LGBT legislation passed in the U.S. in 2017, the ACLU of South Dakota reports:

Today, Governor Daugaard signed Senate Bill 149 into law, making South Dakota the first state in 2017 to pass anti-LGBT legislation. The bill will allow taxpayer funded agencies to refuse to provide any service, including adoption or foster care services, on the basis on the agency’s religious or moral convictions.

The American Civil Liberties Union of South Dakota has led the opposition to SB 149 through both lobbying efforts and by organizing affected communities. In a state facing a labor and talent shortage, this bill has sparked national interest and local questions as to whether South Dakota welcomes diversity and values the rights of individual citizens.

This bill was opposed by local and national child welfare experts that sent letters in opposition including The Adoption Exchange, Child Welfare League of America, National Association of Social Workers, and Voice for Adoption, as well as family law experts, South Dakota pediatricians, and local and national LGBT rights organizations including the Movement Advancement Project, the Human Rights Campaign, and more.

“We’re deeply disappointed by Governor Daugaard’s decision to green light Senate Bill 149. This discriminatory legislation takes South Dakota in the wrong direction, and sends the message that our leaders are more concerned with the desires of religious agencies than the rights of individuals and children in our state…In the end, this bill was never about religious freedom. It has always been about allowing private organizations that discriminate to receive state contracts and taxpayer dollars to carry out their religions missions. We’re particularly concerned about how this bill could impact vulnerable kids in our foster care system that deserve to have their best interests considered above the desires of private agencies.“

“This is the first anti-LGBTQ bill that any state has signed into law this session. Governor Daugaard’s action not only puts the best interests of the more than a thousand vulnerable children served by South Dakota’s foster care system at risk, it signals the potential of a dark new reality for the fight for LGBTQ rights,” said HRC Legal Director Sarah Warbelow. “These children could now wait longer to be placed in a safe, loving home at the whim of an state-funded adoption or foster care agency with a vendetta against LGBTQ couples, mixed-faith couples or interracial couples — all while being taxpayer-funded. LGBTQ children in South Dakota’s foster care system face the risk of staying in a facility that does not affirm their identity and actively works against the child’s well being by refusing to give them appropriate medical and mental health care.”