You are here: Home / Everyone Is Obsessed With Donald Trump’s Teeth After Slurred Speech Suggests They are Fake: WATCH 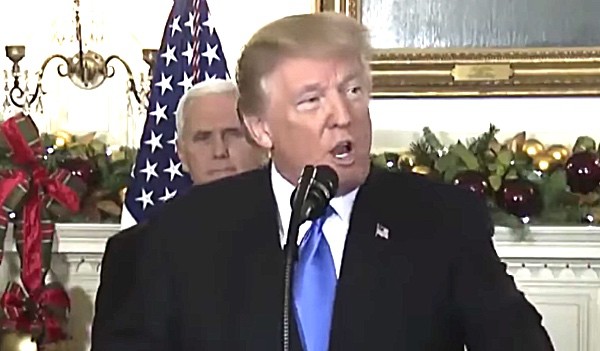 President Donald Trump’s teeth became an unexpected talking point following his speech on the recognition of Jerusalem as Israel’s capital on Wednesday, after his slurred words made it appear he may be wearing dentures. The president’s pronunciation of the United States—which sounded slurred—set tongues wagging, with a number of social media users questioning whether Trump was…