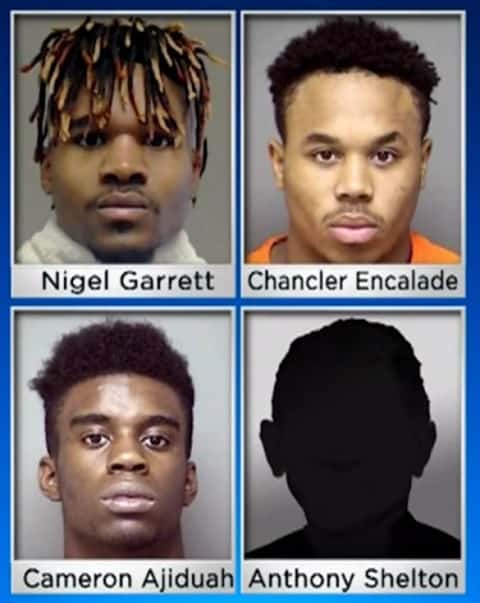 One of four men who used Grindr to assault and rob gay men in Texas has been sentenced to 15 years in prison.

Texas Man Sentenced to 15 Years in Prison for Hate Crime

Nigel Garrett, 21, was sentenced to 15 years in prison for assaulting a man because of the victim’s sexual orientationhttps://t.co/1ukHfxfka6

According to Statesman, federal prosecutors say the four men were charged with hate crimes, kidnappings, carjackings and using firearms to commit violent crimes.

An 18-count indictment alleges they are responsible for four home invasions in Plano, Frisco and Aubrey.

The other three suspects have also pleaded guilty and are awaiting sentencing.

Previous Post: « Ellen Responds to Eric Trump: ‘I am Sorry to Disappoint…I am Not Part of the Deep State’ – WATCH
Next Post: Ellen Page Announces She’s Married to Emma Portner »