UNDETECTABLE. A funny new video from New Zealand about two men on a hook-up educates about being HIV undetectable.  “We’re unequivocally telling New Zealanders that if someone living with HIV has had an undetectable viral load for more than six months, HIV does not transmit through sex – even if condoms aren’t being used.”

HOLY GRAIL OF CANCER RESEARCH. Doctors hail new blood test for 10 different kinds of cancers: ‘The test, called a liquid biopsy, screens for cancer by detecting tiny bits of DNA released by cancer cells into blood. The test had particularly good results for ovarian and pancreatic cancers, though the number of cancers detected was small. Researchers hope the test will become part of a “universal screening” tool that doctors can use to detect cancer in patients.’ 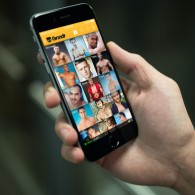 YOU’VE GOT SYPHILIS. Grindr and other apps are adding ways to notify partners that you got an STD: ‘Grindr and other primarily gay dating apps are exploring ways to add the ability for people who test positive for an STD to notify partners using the app, Mashable has learned in multiple interviews with public health experts. According to Dr. Heidi Bauer, the chief of STD control at the California Department of Health, and Dan Wohlfeiler, director of the health consortium Building Healthy Online Communities(BHOC), STD partner notification messages are currently under consideration by several different app-makers, including Grindr, with one possibility already in the design and piloting phase.

PrEP. Gilead to begin running TV ads: ‘In a major shift, pharmaceutical giant Gilead Sciences will begin airing television ads for PrEP, its HIV prevention medication. The company said the ads, which will start in June and run through August, are “designed to encourage candid conversations around sexual health and promote public awareness of HIV prevention.”’

THE RAINBOW DIET. Gay man talks about his eating disorder…

MEDICAL ADVANCE OF THE DAY. 3-D printed corneas: ‘Researchers at Newcastle University have been able to 3D-print a biocompatible corneal framework using a new gel formulations that “keeps the stem cells alive whilst producing a material which is stiff enough to hold its shape but soft enough to be squeezed out the nozzle of a 3D printer.” There is a significant shortage of corneas available to transplant, with 10 million people worldwide requiring surgery to prevent corneal blindness as a result of diseases such as trachoma, an infectious eye disorder,” wrote the researchers.’

ALASKA. Gonorrhea cases skyrocket: “Gonorrhea, a treatable bacterial infection, is most prevalent among people ages 15 to 30, Jones said. About 58 percent of the gonorrhea cases last year in Alaska affected people age 29 and younger. The cases were split evenly between men and women. Southwest Alaska had the highest rate of gonorrhea followed by Northern Alaska and then the Anchorage and Matanuska-Susitna regions, the state health department reported. It’s not completely clear what’s leading to the increases in gonorrhea in Alaska, Jones said.”

ICYMI. The Guardian offered a look this week at America’s hidden epidemic of gay black men and HIV.

SEX LIFE. A gay man in his 50s with Asperger’s talks about his sex life, or lack thereof: “I have always had an extreme fear of disease contagion, and even the thought of casual contact with people’s microbiomes repels me. For these reasons I have never wanted intimate relationships. I see my sexuality as a biological urge with no relevance or value in relation to the rest of my life, best extirpated in the least risky, least effortful manner; solitary masturbation, one to three times a day. The aspiration for love and sex is not universal. Nor is it exclusively people with a low sex drive who choose a solitary life.”

GAY BOXING. London boxing studio Kobox launched a campaign this week to get more gay men involved with the sport: “Called ‘Proud’, the campaign aims to break down the stereotypes surrounding boxing, as many men think it’s hostile and intimidating, with gay men in particular reporting they feel ‘uneasy’ about entering a boxing environment….The clip shows a frustrated man alone in a dark boxing studio, seeing words such as ‘weird’, ‘different’ and ‘queen’ appear on the wall every time he punches the bag. However, the scene then changes to a much more friendly environment, with a colourful studio full of men having a great time, getting their punch on and listening to upbeat music you’d expect to find in the club at 2am – which is apt as Kobox’s mantra is ‘Fight club meets nightclub’.