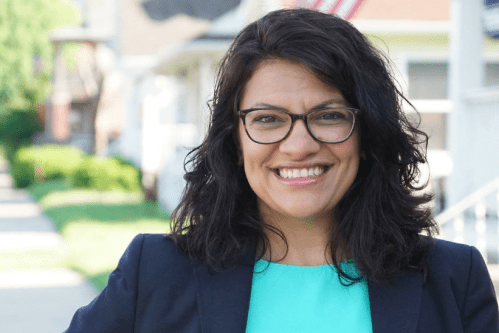 Democratic representative for Michigan’s 13th district, Rashida Tlaib, who created a social media storm for having worn a traditional Palestinian robe and swearing her oath on a Quran, as opposed to a bible, has made the headlines again.

Tlaib, attending a reception for the Move On campaign last night, briefly stepped on stage to speak to the crowd. Tlaib revealed a conversation she had with her son, going on to say that President Donald Trump would be impeached.

“We’re going to go in and impeach the motherfucker” pic.twitter.com/oQJYqR78IA