Free Britney Part Three: Rounding things out with Rose, Jesse Tyler Ferguson, Keke Palmer and a stack of others. Stick around for an encore…

The ‘Charmed’ actress has urged the ‘Toxic’ singer to “fight on” and lent her support to the 39-year-old pop star’s bid to take back control of her life.

She said in a video message shared to Twitter: “Fight on Britney we’re with you, we hear you, we have heard you, I know the cost of your control… There is freedom on the other side.

“I pray this judge gives you your life back and I’m brutally angry that it has to be this way, for someone to rule for you to get your life back.

“Can you imagine what that’s like any of you out there? Our course not. She’s angry, righteous anger changes the world. Keep fighting, we’re with you.#FreeBritney”

Rose spoke out after Britney addressed a court on Wednesday (23.06.21), where she detailed how she is unable to “live a full life”,claimed she’d been prevented from marrying partner Sam Asghari or have any more children and called for her father Jamie Spears and others involved in her guardianship to be jailed.

A host of other stars have spoken out in support of the ‘Womanizer’ singer.

‘Selling Sunset’ star Chrishell Stause tweeted: “I will 1000% RIOT if Britney is not freed. We are SO PROUD of you @britneyspears! Listening to her call is equal parts heartbreaking and infuriating. #freebritneyNOW and then change the laws.”

She posted: “All of them need to go to jail!!!!! My girl was finally able to speak up against her conservatorship after they tried to make her fear damaging her “image” just to keep her quiet!

“How cruel to do that to someone that has only known performing their whole life. Then to contort the very thing she loved by making her do it on YOUR time. Money is the great root of all evil!

“But the light will always win, I’m so happy that Britney was able to tell the truth today and I’m ready to raise hell!

“And to add, she is VERY strong and brave. To hear her speak the way she did even after all of this I’m just so glad. They could not break her!!! That’s a testimony.(sic)”

Songwriter Diane Warren, who wrote ‘When Your Eyes Say It’ for the star also posted in support.

She tweeted: “I feel bad for Britney and hope she can get her life back.”

Britney called for the end of her conservatorship during the court hearing, insisting it is doing her “way more harm than good”.

She said: “I am not happy, I can’t sleep. I’m so angry, it’s insane. And I’m depressed. I am traumatised. I just want my life back.

Britney – who has kids Sean, 15, and Jayden, 14, with her ex-husband Kevin Federline – claims her conservators have made her get an IUD (intrauterine device) as a form of birth control so she cannot currently have children, even though she wants to “get married and have a baby” with her boyfriend Sam Asghari.

They said: “He is sorry to see is daughter suffering and in so much pain. Mr Spears loves his daughter very much.”

Deluges of these texts from New York and Los Angeles this morning. Here’s a smattering #FreeBritney; pic.twitter.com/sWf7jSE7es

JUST IN: Twitter tells me there have been over 1M tweets about Britney Spears in the past 24 hours and over half a million tweets using the hashtag #FreeBritney.

Thank you Sam, I believe it's time this war must come to an end. It's 2021.#FreeBritney https://t.co/JUioGQ4YIP

The crazy part about Jodi is that she was (allegedly) chosen by Jamie. In 2019, it was stated that she had already been Britney’s care manager for a year. This is why we KNEW it wasn’t good. He chose her for a reason. Just like he chose MICHAEL KANE for a reason. #FreeBritney pic.twitter.com/ha3XgzRmGp

To #FreeBritney is to take a step forward to free the many disabled adults who are under conservatorships.

To free Britney is to free all of us.

My latest for @TeenVogue: https://t.co/SChByOLF4y

Actress/Singer, Keke Palmer had her video of Britney’s court audio removed from her Instagram. She shared this photo afterwards. Guys, be careful. I’m not sure how that goes w/ the California court copyrighting this, but they’re watching. #FreeBritney pic.twitter.com/pssfASRT45

I want to take a moment to note that Britney Spears' lawyer reported her one time use of expletives around her children to her father so he could "take whatever steps are necessary to protect the children.” This was her legal representation? #FreeBritney https://t.co/gDJBZU2ap6

The NYT reports that Britney's court appointed lawyer Samuel Ingham informed Jamie's lawyers that Britney cursed ONCE around her children so that Jamie could "take whatever steps that are necessary to protect the children" #FreeBritney pic.twitter.com/lxV4PiLsKV

The support and love you’ve shown me + my community will never be forgotten. You saved my life and helped me reveal my true self, I wouldn’t be here if it weren’t for you.

Have a blast at the #GLAADawards tonight getting your Vanguard Award, I love you @britneyspears.💗 pic.twitter.com/Tqwu3X8Zyv

Britney handled 13 years of quarantine better than most of you handled 1. #FreeBritney 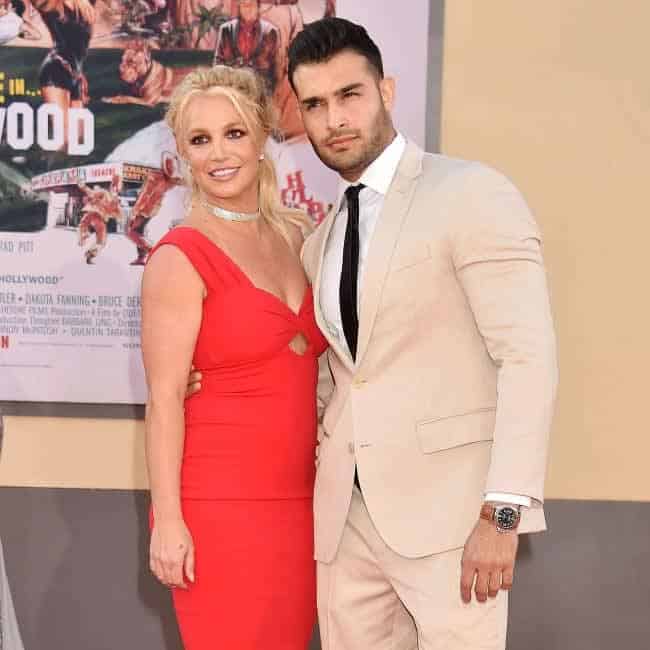 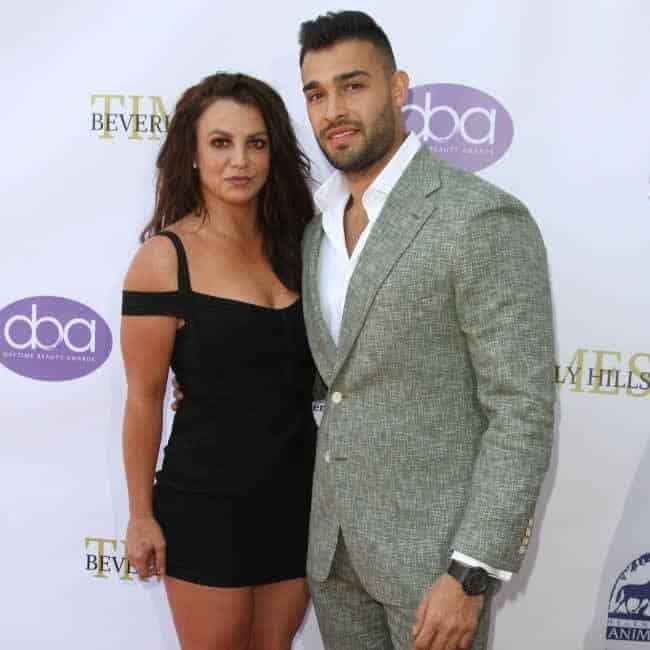 Sam Asghari Shares Love of Horses With Britney; He Does ‘Not Have Humble Goals’; Will ‘Keep Reaching for the Stars’: QUOTE 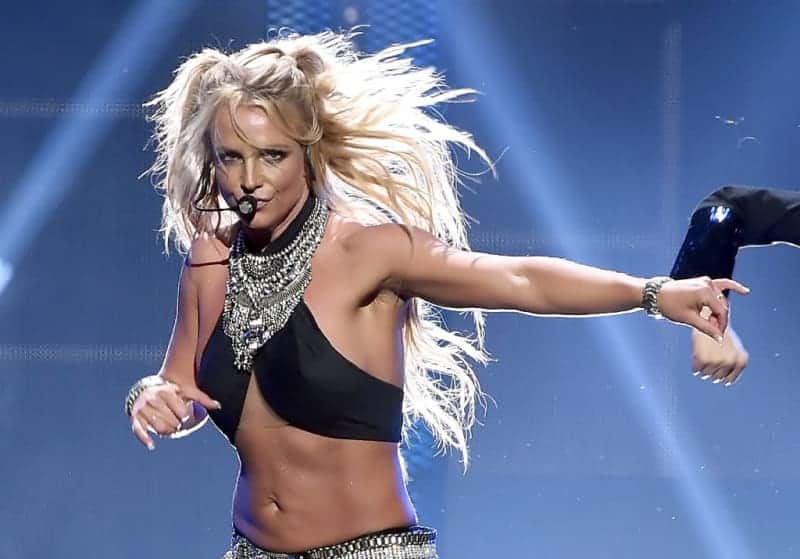 Monica Lewinsky Now Relates To Britney; Says Only 1 Of Us ‘Made a Mistake’; Overall ‘Happy People Are Making Amends For Their Treatment Of Women’ 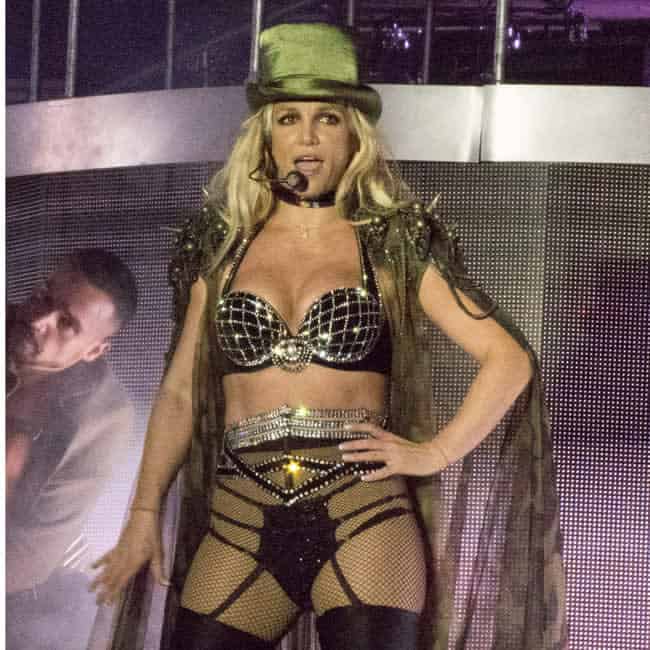 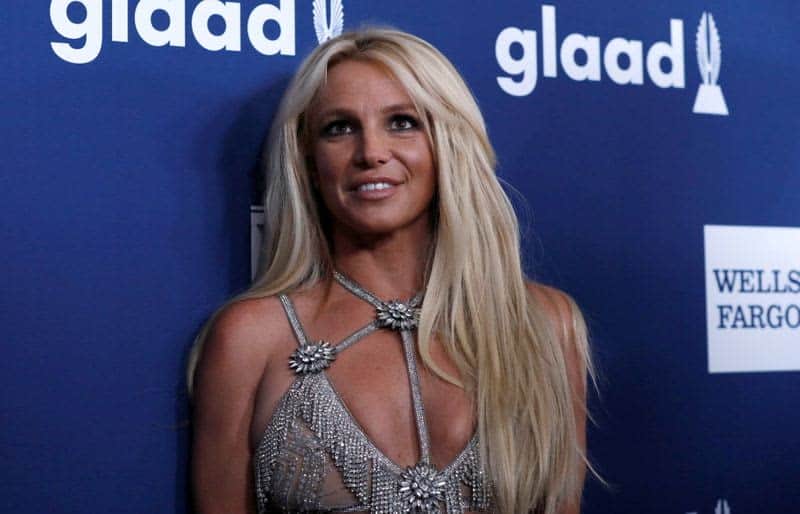