Ed Buck, once known as a prominent Democractic donor, will likely spend the rest of his life behind bars after a federal grand jury convicted him Tuesday on multiple counts of supplying methamphetamine to two Black men, Gemmel Moore and Timothy Dean, that killed them.

The verdict came after just four hours of deliberations. Buck was found guilty on nine charges in total, including two counts of supplying meth that resulted in death, maintaining a drug den at his former West Hollyood residence and enticement to cross state lines to engage in prostitution.

Tuesday’s result ends a years-long legal saga for Buck’s accusers. The former Democratic activist was initially arrested in September 2019 after a man whom Buck injected with meth overdosed but was able to escape Buck’s apartment went to authorities. The subsequent search of Buck’s home revealed horrific details of Buck’s sexual predation, including hundreds of photos of men in compromising positions.

The family of Gemmel Moore, Ed Buck’s first victim who died in 2017, had been pushing the Los Angeles Police Department to investigate Buck for years prior to his arrest. In an interview with The Guardian, LaTisha Nixon, Moore’s mother, said “I’m a grieving mother, but they treated us like criminals. I haven’t been able to recover. … I didn’t ask for nothing special. I just wanted [Lacey] to do her job. We had our proof. We gave her all of the evidence. I don’t know if she ignored it because it was black gay men, or because it was gay men, period. I got the runaround.”

Timothy Dean, Buck’s second victim, died just eight months prior to Buck’s arrest. “I wanted everybody to know what this man did to my child, so he couldn’t hurt anyone else’s kid or family member. I had to say something. Timothy Dean’s death could’ve been prevented if they had listened to us. But they didn’t,” Nixon added.

Prosecutors used video taken by Buck during his “party and play” arrangements and the testimony of multiple Black male victims to fully display Buck’s predatory and deadly practices.

According to the Los Angeles Blade, Buck solicited men on Grindr and Adam4Adam and would pressure or incentivize them into letting him personally inject them with meth, sometimes multiple times. Buck would also administer injections without consent, sometimes injecting men with drugs and touching them sexually while they were unconscious.

Buck also would call his Black victims racial slurs while committing his predatory acts. Many of the men Buck preyed on were drug addicts and/or homeless and working as escorts to earn a living.

According to the Los Angeles Times, The families of Moore and Dean applauded the verdict. Cory McLean, a close friend of Moore’s, celebrated while holding an urn containing Moore’s ashes. “Thank you, God,” McLean exclaimed as she exited the federal courthouse.

The Los Angeles Blade credits this conviction to the the steadfast writing, organizing work of journalist/political operative Jasmyne Cannick to raises awareness, and to pressure law enforcement to act.

“There is a bitter truth that needs greater exposure in Cannick’s words, [writing on the conviction on iamjasmyne.com]. Buck indeed got away with his crimes and depravity for years because of the colour of his skin and his perceived ‘status’ as a so-called wealthy player in the local Democratic party apparatus.”

In one exchange, Darden even asked one victim “did you inject or smoke any meth prior to coming to testify” while he was on the witness stand.

Ed Buck faces a minimum of 20 years in prison for each charge of supplying meth that resulted in death. 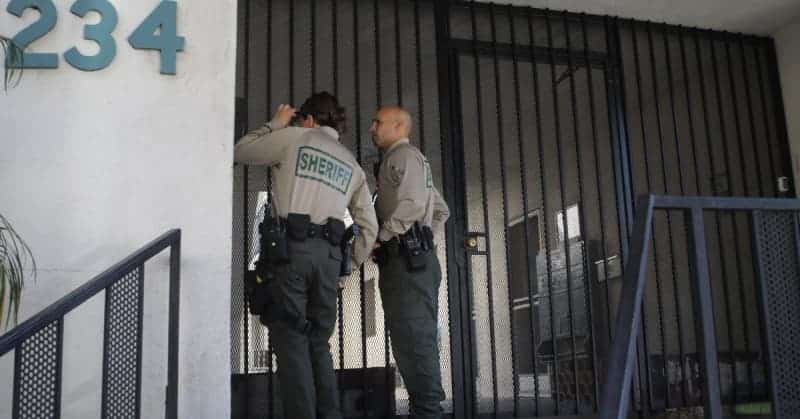 Ed Buck Sentenced to 30 Years For For Injecting Gemmel Moore and Timothy Dean With Fatal Doses Of Drugs In WeHo Sex Assaults; 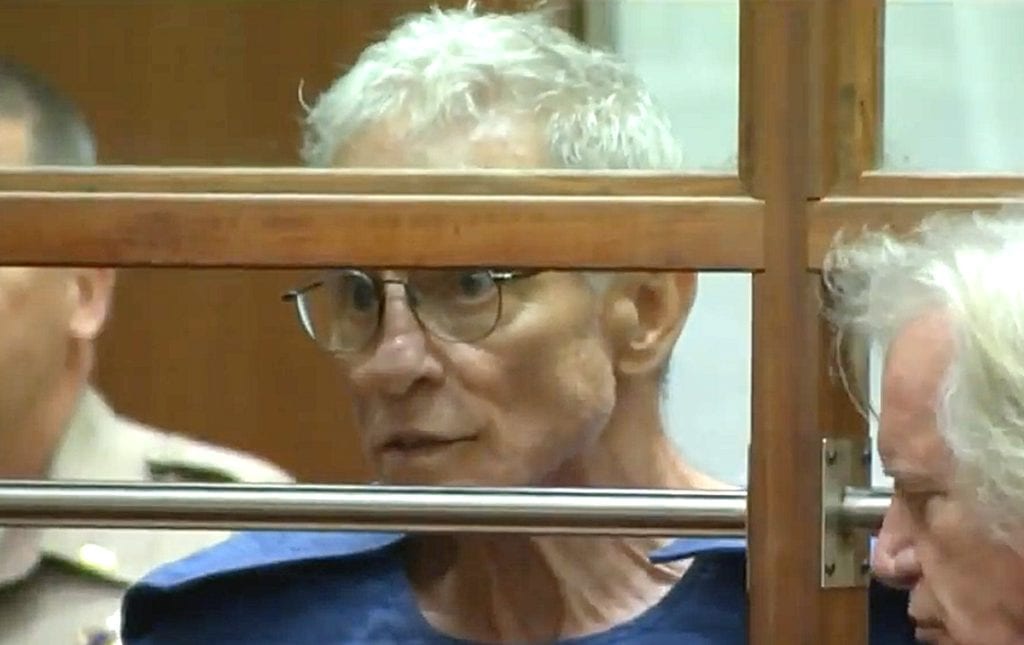 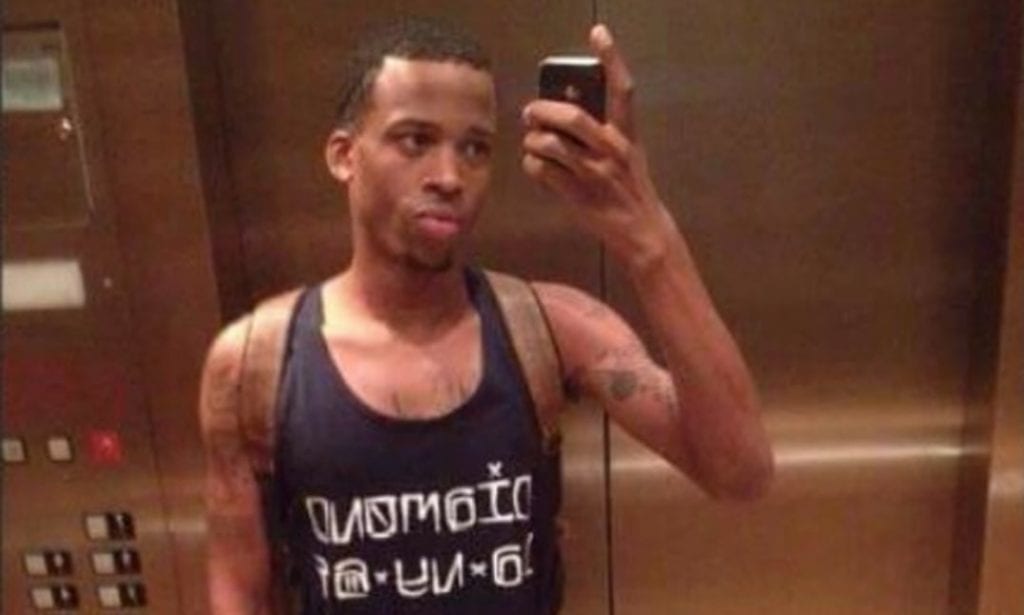 Meth Predator Ed Buck Evicted from Apartment as Victim’s Mother Speaks Out About Police Negligence: ‘It Was Black Gay Men … I Got the Runaround’ 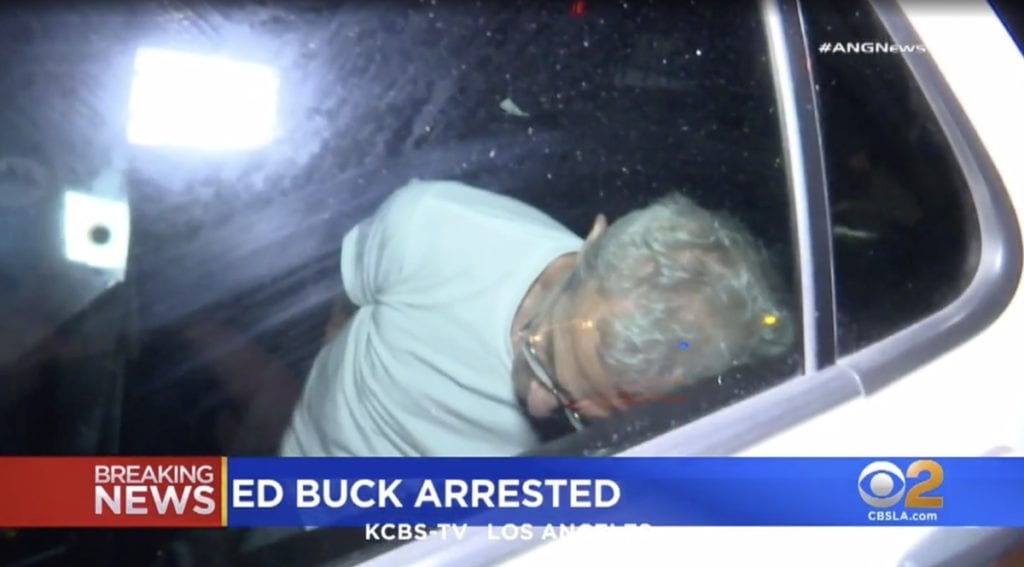